Let me give you an example. Earlier today an Android Police writer was sent an email informing them of a new product. It was pretty standard as these things go: a link to the sales page, an offer for review units, and a hook trying to relate the product to the latest mobile trends (Pokémon GO, in this case). The presentation wasn't bad, bar a few small errors, which is why this particular agent and agency will remain nameless here. But the reason I'm writing about it today is that I can't help but feel sorry for the poor PR agent who was tasked with promoting this product. 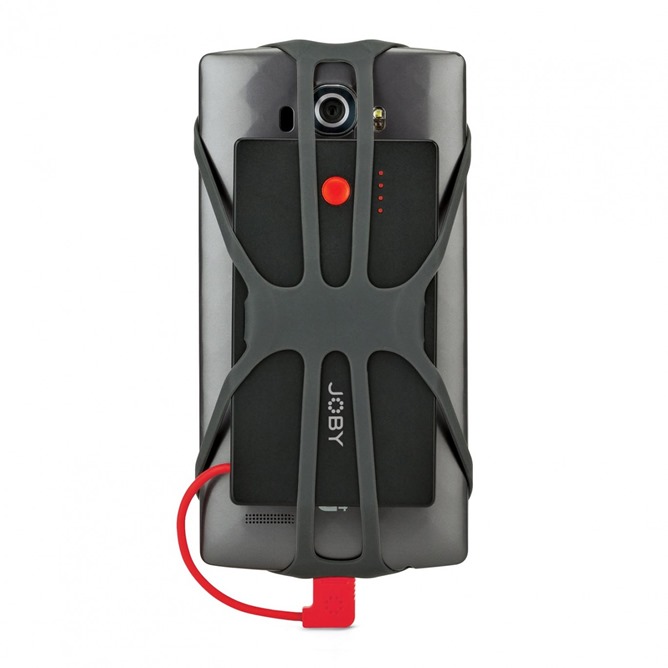 It's a USB battery pack with a rubber band attached to it.

The basic idea has been done before. Battery cases made for specific phones, such as those frequently sold by ZeroLemon, are useful for a niche set of users. We've even seen the same basic concept, a more-or-less universal battery pack that attaches to a phone for handy carrying: see the Power Skin external battery. 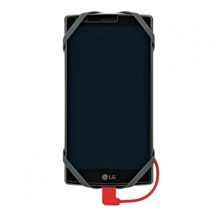 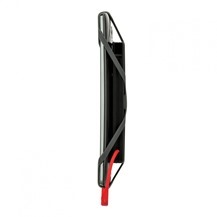 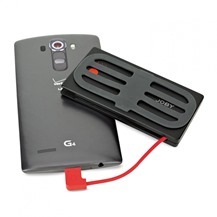 But the PowerBand is a battery and a rubber band. A nice band, perhaps, ideally suited to gripping the corners of a phone and permanently affixed to said battery. And technically it's silicone, not rubber. But calling this power solution "inelegant" would be a dereliction of journalistic duty: you could replicate the basic function with any external battery and a couple of extra-thick rubber bands tied together. The fact that the battery itself holds 3500 milliamp-hours, a pittance that could recharge most modern phones one and a half times at best, is only the second most detrimental feature of the product.

You see, the PowerBand is being sold for $49.95. That's fifty American greenbacks for a 3500mAh battery and an elaborate rubber band. And that's for the "Android" version, with a MicroUSB cable. If you want the iPhone edition with an Apple-certified Lightning connector, it's sixty dollars. For the sake of comparison, you can buy this 5000mAh battery and a box of rubber bands together on Amazon for under fifteen bucks, and even then, strapping said battery to the back of your phone will only look a tiny bit more ridiculous. Anker's biggest portable battery, with nearly six times as much juice, only costs $40. If you have a flagship phone that's even remotely popular, ZeroLemon will sell you a battery case or extended battery (with three times as much capacity as the PowerBand) for around the same price. 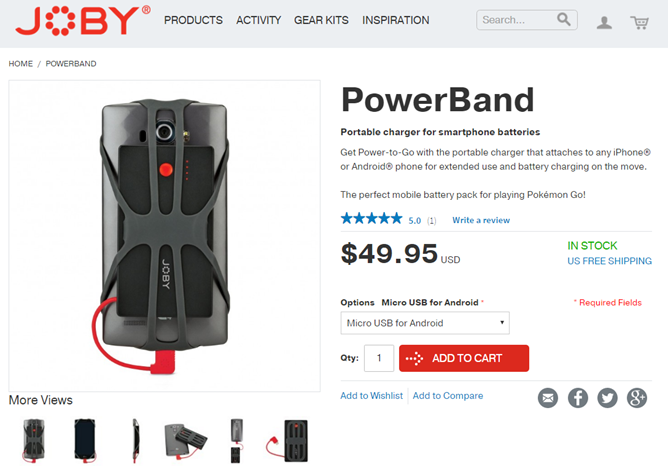 Now, imagine that it was your job to get my attention, with the intention of inspiring a news post or a review of the PowerBand. Imagine how you might rack your brain to come up with a compelling use case scenario, one that would drive people to pay fifty dollars for the novelty of banding a tiny battery onto the back of their exquisitely designed modern phones. Even after being given the heavenly gift of Pokémon GO, a social phenomenon that's surely driving up sales of portable batteries all over the world, trying to get people to pay money for the PowerBand must be the public relations equivalent of Sisyphus pushing his boulder up a hill over and over again.

It's not your fault that your company makes this thing, or that your agency was employed to sell it. You don't have a choice in what you're assigned to promote. So imagine typing out the emails, incorporating name drops of Pokémon to make it more appealing to today's on-the-go augmented reality monster trainer. Imagine trying to keep a straight face while you write out the press release, which explains that "web-like silicone bands... stretch over the phone for a snug fit, with or without a protective case." Imagine trying to earnestly convince someone to pay fifty or sixty dollars for this ill-conceived bit of mobile accessory design.

Imagine doing all that, and trying to sell the concept to a jaded asshole like me, who on a slow news day will cynically twist your work around for his own entertainment. Sorry about that, by the way.

So here you go, overworked PR agent. I've covered the PowerBand, though I understand if you're not thrilled about the direction that was taken with the article itself. I would tip my hat to you, if I was wearing one. And I fervently hope for both our sakes that the next product you're assigned to market is, well, more marketable.