Analytics may not be one of Google's most widely used apps, but it's an invaluable tool for administrators, website or app developers, bloggers, and anyone else who makes things using computers and the World Wide Web. The new version, 3.2, adds in a few improvements, namely landscape support and speed gains across the board.

It may sound trivial, and it's not earth-shattering, but landscape support is probably a necessity for an app with graphs and charts - imagine if you tried to look at that sort of thing on a portrait computer monitor. It wouldn't really make much sense, and it doesn't on mobile either, so landscape is a good addition. This is especially true on tablets, where more often than not they are used in landscape more than portrait. Other improvements include speed gains - both opening the app and scrolling is now faster and smoother - and several default segments have been added. Then there are the always welcome bug fixes, fixing a pageview/screenview discrepancy for mobile apps and a logging in issue for some users.

Google Analytics 3.2 can be found on the Play Store, or alternatively on our sister site APK Mirror. 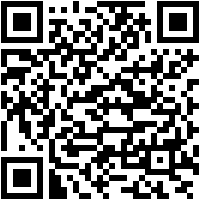