Google Now continues to get better and better (hands up if you're looking forward to Google Assistant) so it's only natural yet more features and improvements are being added for the predictive search facilities. A tipster has sent us four screenshots showing 'Explore Interests,' which appears to be a new way to add things you're interested in for Google to track and update you on. 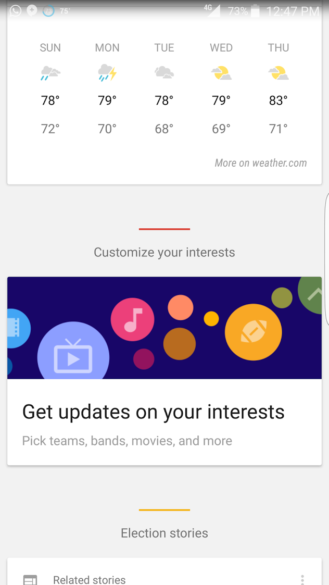 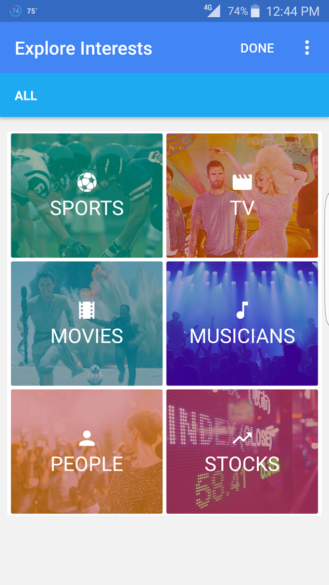 There are quite a few categories of interests that can be tracked, among them 'People,' such as athletes, politicians, or celebrities; Sports, TV, Movies, Musicians, and Stocks. Each of these have different things that can be added, meaning if anything happens to that specific interest, it will pop up in Google Now as a new card. 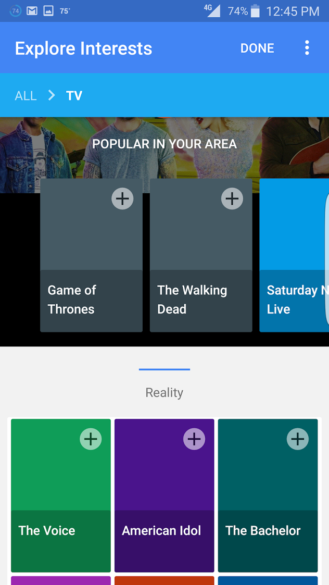 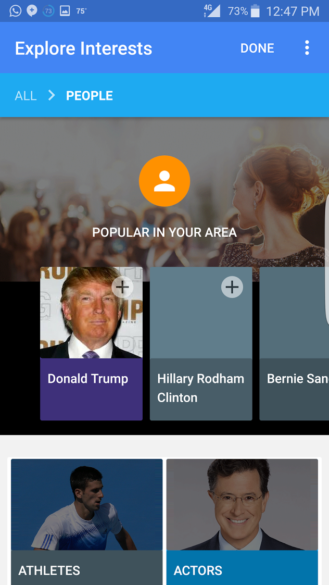 The TV and People categories, showing the extensive options that can be added.

The fantastic thing about this is that in time, you should be able to track almost anything directly through Google. Want an update on that niche sport or an important scientific discovery? Or whether your favourite TV series is getting a new season? Google should be able to notify you about it.

At I/O 2012, when Now was first announced, Google said it will give you search results before you search for them; as of August 2016, this is true more than ever. While it might be a little creepy how accurate Google can be, it definitely comes in handy on a daily basis. This update seems to be rolling out gradually - so far nobody on the Android Police team is seeing it, however, so it might be on a slow rollout. We'll let you know if we hear anything more.