Android's homescreen widgets were one of its signature features when it debuted as an iOS alternative (which is kind of funny in itself), but developers seem to positively thrill in ways to stick them in other places as well. Case in point: Quidgets from Joseph Paul Antonetti. This little app allows users to hide a full-sized homescreen widget up in the Quick Settings menu, making it accessible from any app with a quick swipe. There's only one downside: it's exclusive to Android 7.0 for the time being.

Once installed, Quidgets doesn't even get an entry in the app drawer - it lives entirely in the Quick Settings panel. It's not immediately obvious how it all works: pull down the menu and maximize it, then tap "edit," whereupon you'll be greeted with multiple puzzle piece icons labelled "tap to setup Quidgets." Drag one of them into the active tile area, then close the notification shade and open it again, then tap it. (That last step might not be necessary, but it's the only way I got it to work.) The app then presents a full-screen interface for selecting a widget from your list. Select one, ignore the fact that the screen hasn't changed, then tap the check button. 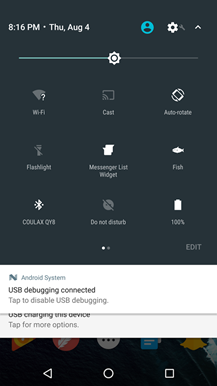 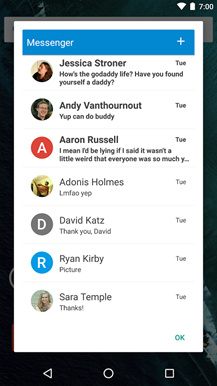 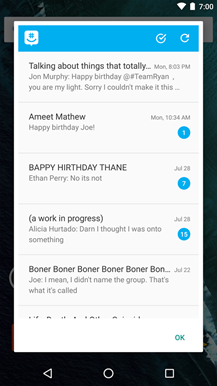 The setup process is a bit clunky at the moment, but once you've done it the system works well. Tap the Quidget shortcut from anywhere in Android and the widget will appear in a pop-up interface. The only downside is that tapping an actionable element in the widget, like a single email in the Gmail widget, doesn't automatically close it. The relevant app opens under the widget and you have to close it manually with the "OK" button. This kind of app won't appeal to everyone, but I can definitely see some users getting a lot of use out of it.