Calendar apps aren't exactly hard to find on the Play Store. There are pretty ones, functional ones, cross-platform ones designed to work with every service under the sun, and then there's Google Calendar that everyone comes back to when their favorite stops updating. You might think there's nothing new to explore in the space, but you'd be wrong. OneView Calendar manages to put a new spin on a somewhat tired standard by refining it to an impressive degree.

The hook to OneView (aside from an icon that reminds me of Cut Man from the old Mega Man games) is that there's only, well, one view. Instead of breaking things down by day, week, month, agenda, et cetera, the app has only a master view for everything on a single calendar. Users can "zoom" the view in and out, showing a greater or lesser amount of time on the screen, with the standard pinch gesture. That doesn't seem like much, but the implementation here is so smooth and controllable that getting from a single day to a year-long view (with primary events still visible) takes only a few seconds. 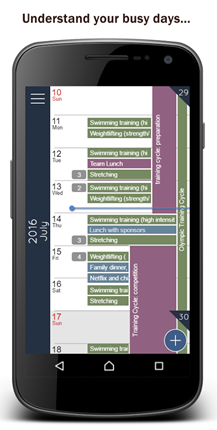 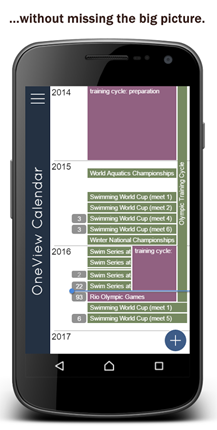 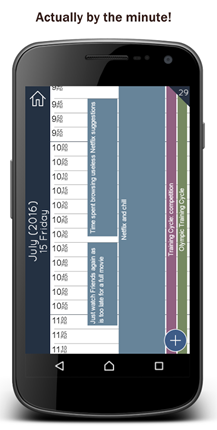 OneView works natively with the Google Calendar data already on your phone, no setup required. Unfortunately that's the only thing it works with at the moment, though there is a handy web app (with mouse scrolling replicating the pinch gesture if you don't have a touchscreen). I wish it didn't use so much horizontal space for the navigation bar. Otherwise, it's an interesting take on the old formula that might just appeal to you.