Welcome to the latest entry in our Bonus Round series, wherein we tell you all about the new Android games of the day that we couldn't get to during our regular news rounds. Consider this a quick update for the dedicated gamers who can't wait for our bi-weekly roundups, and don't want to wade through a whole day's worth of news just to get their pixelated fix. Today we have a gorgeous spaceship/runner game, a Kairosoft manga title, a new twist on minesweeper, a pixelated puzzler, and a fencing fighter. Without further ado:

Remember the scene in Return of the Jedi where the Millennium Falcon has to squeeze its way through the Death Star's tiny maintenance passage? Hyperburner is that experience distilled into a mobile game. Gameplay is pretty simple - just don't run into anything - but the 3D graphics are so smooth and appealing that you won't care. Get a handle on the sharp controls and you can unlock new stages and ships. Hyperburner is $3 with no in-app purchases, and it works with Android TV as well.

Hyperburner is a high-speed space flier set in a distant colonial solar system. Take your ship through increasingly dangerous courses, unlocking endless-mode leaderboards as you go. Built for mobile with smooth and responsive free-steering, playable in portrait or landscape. 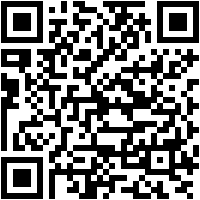 Kairosoft is back with their unique management sim/RPG formula, and this time they're tackling the intense world of manga production. Japanese comics and cartoons have a reputation of being a cutthroat, relentless industry, so the subject matter should make for some interesting play mechanics. If you manage to make a quality manga you'll gain riches, acclaim, and merchandising revenue. If not, it's back to the grind to try it again. The Manga Works is $5 with no in-app purchases.

It's the manga artist experience you've been waiting for. Create a manga masterpiece and draw your way into the nation's heart. Start out as a fledgling manga artist in a small and empty room... Armed with only a single pen, draw the best manga you can and march proudly to the publishers to show off your work. Ideas are the lifeblood of a manga artist. Go out in search of inspiration and gather plot points, then stuff your manga full of creativity. 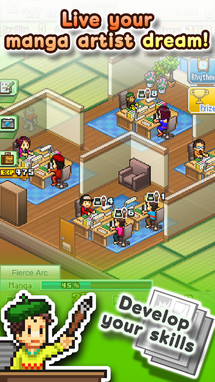 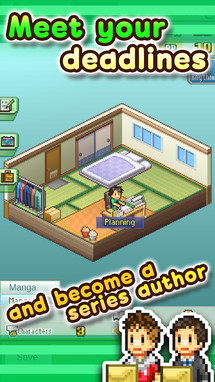 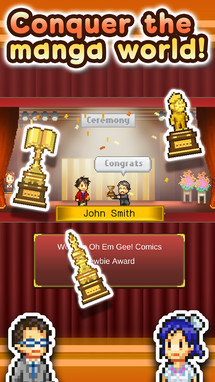 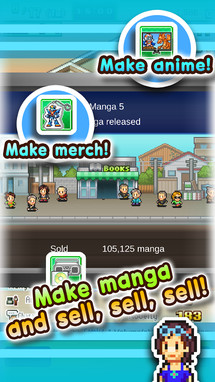 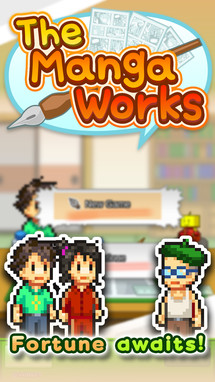 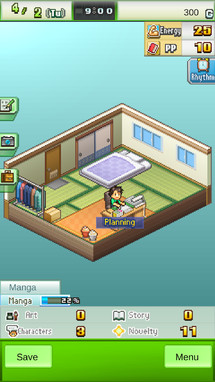 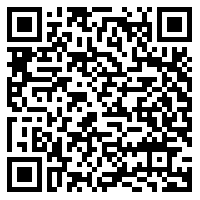 You wouldn't think that there's much that can be done with a concept as old as minesweeper, but this little game manages to find new ground. It uses the old Windows standard as the basis for a multiplayer game, either online versus humans or against a computer opponent. The key is to try to clear the board while leaving your opponent no obvious moves on the handmade stages. Flags Challenge is free with ads, and IAP goes up to only $3.

Minesweeper Flags Challenge requires logical and tactical thinking in order to uncover mines before your opponent beats you to it. It's a modern take on the classic minesweeper flags game. Download it for free and see if you can beat the computer player on the classic map or try to progress through the 50 hand-made custom maps.

The blocky, simplistic shapes of pixel art are all the rage in indie game design, but this puzzle game uses them as stages instead. Players are given a limited space in which to drop tiles and a limited amount of time to place pieces in the correct spot and orientation. It's a bit like a mix between a jigsaw puzzle and the old board game Perfection. It's free with ads, but they can be banished for two bucks. 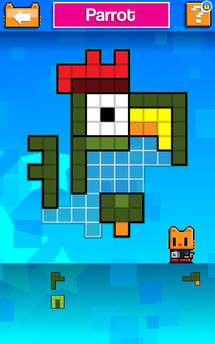 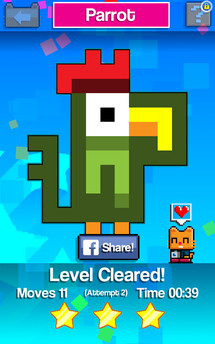 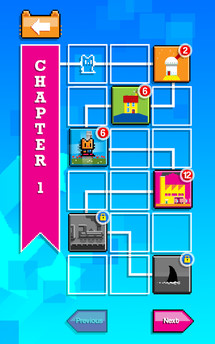 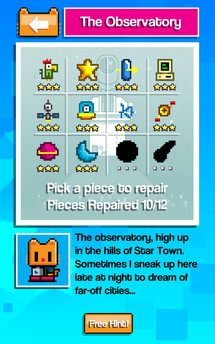 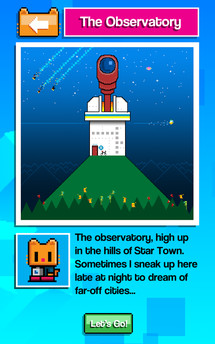 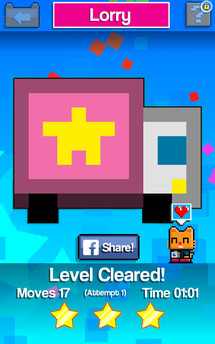 Fans of classical fencing like to call it "physical chess," which doesn't sound like it would make for much of a video game. But at least one developer would beg to differ, and FIE Swordplay is the result: a one-on-one fighter that uses the highly technical standards of fencing for play mechanics. Graphics are good and so is the timing (Olympic fencing will begin in a few days). You can fight the computer as much as you like, but the multiplayer portion of the game is asynchronous. There are in-app purchases for currency, but they don't go above $5.

FIE Swordplay is the first mobile game with real athletic rules for fencing with foils, swords, and sabers that is officially supported by the FIE (http://fie.org). Learn real techniques — from simple thrusts to powerful lunges and devious feints. Play against an AI opponent or challenge a social network friend to a duel. Choose the country you want to represent, equip your fencer, and enter tournaments all over the world. Fight your way from ambitious novice to fencing master. PSA: Samsung's recent updates have added back the choice to set apps as default or pick them ...

Pokémon GO heads to 15 new countries in Asia, including Indonesia, the Philippines, and ...