The updates are flowing steadily today and Google+ is playing along with its own set of tweaks and enhancements. This version looks like it's mostly centered around subtle refinements and closing some old to-do items. The biggest visible change seems to be profile pictures that appear in the comment previews below posts. That doesn't mean there aren't a few other things to check out. A teardown adds to the fun the promise of configurable "flair" on your own profile, tap-to-reveal covers for potentially inappropriate images, and the setup for privacy settings. 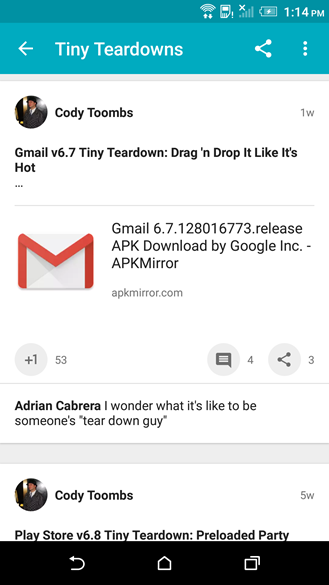 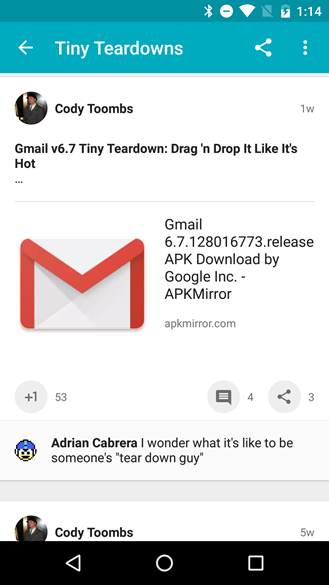 Start scrolling through your feed, or any place where there are posts with space for only a single comment below them, and you'll see an extra avatar image peeking out at you. That's because the comment previews now include profile photos. It's a small change, but one that prevents those comment previews from being quite so easily overlooked. Perhaps more importantly, as the comments cycle, the images do too, and that means there's more visual change to attract users' eyes to that spot. It's a small change, but it might be surprisingly effective. 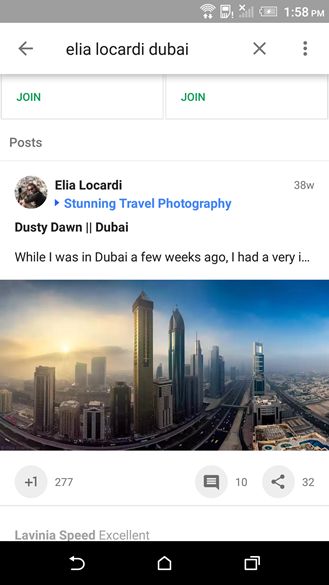 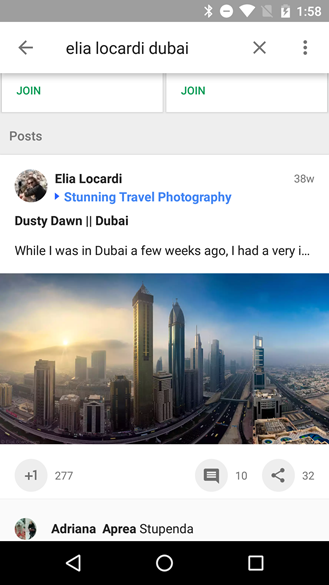 I don't normally call out individual design changes, at least if they aren't really major, but there are quite a few little things if you're really looking for them. For example, the screenshots above show a color shift and new spacing between posts in the search results. Posts are now more visually distinct and easier to parse with a quick glance.

There are also a lot of wording changes in this update, particularly regarding disclaimer text and some notifications. For example, the word "added" has been swapped out for the more appropriate "followed" in many spots. Previous versions would say "Cody Toombs added you on Google+," and the latest version reads "Cody Toombs followed you on Google+." These changes obviously aren't terribly important, but the language is a little more appropriate for Google+.

Social networks are about expressing yourself. For those that remember Myspace, it was probably the king of customization, even if everything was barely held together by the worst kind of HTML hacks known to mankind. Since then, social networks have swung wide to the opposite end, preferring homogenized profiles with very simple options. Google+ doesn't stray from that ideology, currently allowing users to set a profile picture and background, a few details in the bio, and determine whether or not to show which communities they belong to. Not that these things aren't good, but a little more customization could help.

Google+ is preparing to give users the ability to feature their favorite communities and collections, otherwise known as "flair." There will be exactly four featured spots, but they can contain any combination of types. To be clear, this is almost certainly for collections created by the user, not the ones they follow.

For right now, it seems fairly important to pin exactly four flairs, perhaps for layout reasons. If a user chooses fewer, the remaining slots are automatically filled with the groups that we're most active in. It's not clear what happens if a user doesn't join enough communities or have enough collections to fill all of the gaps. There currently isn't any sign if it's possible to turn off pinned flair.

Not all users will see this as a useful feature, but for those building a following, it could be invaluable. Google+ has become a popular place for industry professionals and hobbyists in a number of fields like photography and software development. It makes sense to give people a way to show off the collections they're most proud of and the other groups they enjoy the most.

Look at that, I finished this section on Pinned Flair without expressing myself through tons of Office Space references. Ok, I'm done.

Social networks aren't exactly designed for highly sensitive material, and it's fair to say somebody is foolish if they post anything embarrassing or harmful, even if they think they're doing it privately. That doesn't mean privacy shouldn't still be a top concern and constantly improved. Google+ already has privacy settings in a few different places, but many of them lead to web pages outside of the app, and there are some gaps that haven't been fully accounted for. There are hints that a new section dedicated to privacy settings may be coming.

The strings are mostly dedicated to clearing search history, which has been a fairly common addition to a lot of apps over the last six months. We'll probably see more items join the list in the future, but it's hard to predict when privacy settings will go live.

The final bit for this update is for the more sensitive viewers out there, or at least those that might be in a family or work setting. One thing to always be aware of with a social network is that some people will post content that isn't considered appropriate for all ages or situations. Google+ is going to make it a bit easier to browse a little more freely without the risk of bringing risqué images into view. There's going to be a cover-up option that blocks out potentially inappropriate images.

When a potentially inappropriate image would come up on Google+, users will be prompted with a message and given the option to reveal the image with a button. It's likely Google is putting its advanced image recognition algorithms to the task of detecting objectionable material, not to mention various filters based on the origin of an image.