Look, it's not as if we at Android Police are fanatically opposed to Cheetah Mobile as a company. I can see how one could get that impression from reading the previous Cheetah stories, I really can. But between screwing up an otherwise anticipated game sequel with in-app purchases, screwing up a perfectly good ASUS phone with bloatware, or screwing up future generations of developers with bloatware classes, it's hard not to see them as the cackling cartoon villains of the Android software world. The company's latest acquisition is a French news aggregator call News Republic.

News Republic broadly follows in the footsteps of apps like Flipboard: a wide variety of news sources organized by topic and presented in an attractive user-friendly interface. The hook is that users can publicly curate stories and become "experts" with enough demonstrated merit (essentially a popularity contest), who then are followed by others to get even better recommendations. It's a sort of fusion between a straight news service, Twitter, and something like Reddit's karma system.

Cheetah paid $57 million for News Republic, according to TechCrunch. Exactly how the former intends to monetize the latter isn't clear. Since Cheetah is at its heart an elaborate advertising and IAP engine masquerading as an app developer, prominent ads would seem to be the easiest way to get some of that cash back quickly. News Republic hasn't commented on the sale on its official blog - perhaps they'd like to keep their new owners at arm's length, which might be best for both of them. 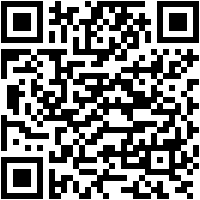 Galaxy Note7 up for pre-order at AT&T, Verizon, T-Mobile, and Sprint, complete with free extras