According to BlackBerry, Hub+ is currently only compatible with Marshmallow, but I'm still seeing several 6.0 devices in my list that are not included. Assuming you can install Hub+, you'll be able to try BlackBerry Hub, calendar, and password keeper for 30 days. After that, the Hub+ suite costs $0.99 per month or you get ads. You can download the first three apps from the Hub+ menu. The BlackBerry Hub (I know, the naming is confusing) is like a single inbox for all your mail, social media, and messaging. The calendar and password manager are more self-explanatory.

Here's where things get murky—BlackBerry says the subscription includes more BlackBerry stuff including the launcher, tasks, device search, and contacts. Okay, maybe you want those, so you decide to upgrade. It's unclear how, though. I don't see an option to do that in Hub+ yet. Maybe BlackBerry is still getting the kinks worked out. Whatever the situation, you can take a look at the basic Hub+ features right now. 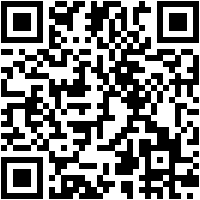 Dropbox gives Evernote some competition with Paper, now in beta on the Play Store

Apple Music is officially out of beta, adds equalizer settings in latest update