The number "six" is so last year—Samsung has just announced the Galaxy Note7 to bring the numbering in-line with the flagship S phones. There were a myriad of leaks leading up to this moment, so nothing here is too surprising. It's a big Samsung phone with a stylus, a curved AMOLED, an iris scanner, and speedy internals.

Let's get the specs out of the way. 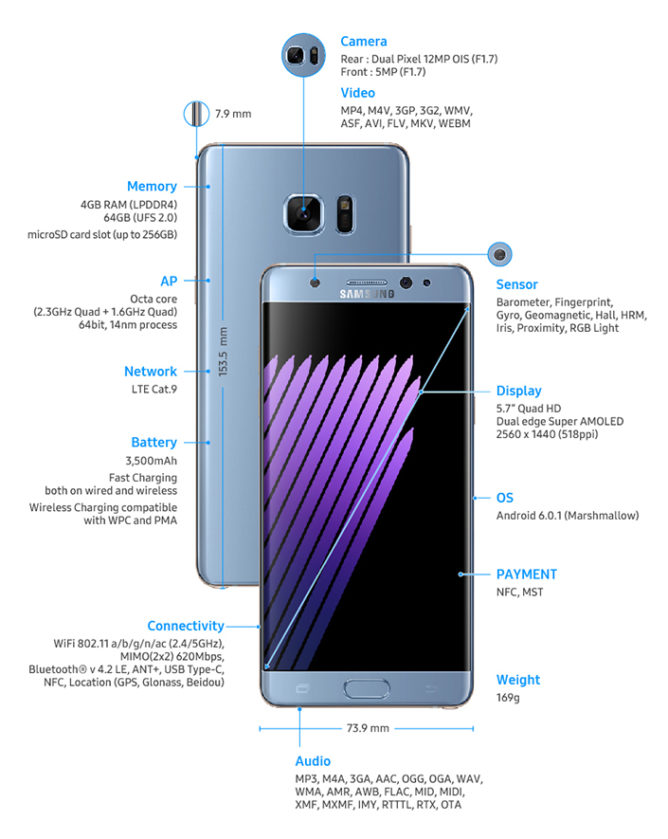 The device certainly looks like a Note, but the design has been refined. The curved shape makes it more comfortable to hold, it's IP68 rated, the pen doesn't go in backward anymore, and Samsung has started using a harder type of aluminum in the frame. There's also a USB type-C port on the bottom—a first for Samsung. The iris scanning tech that has been rumored for years is included in the Note7. It works by flashing an IR pulse with the notification LED and watching for the reflection using a dedicated secondary camera. 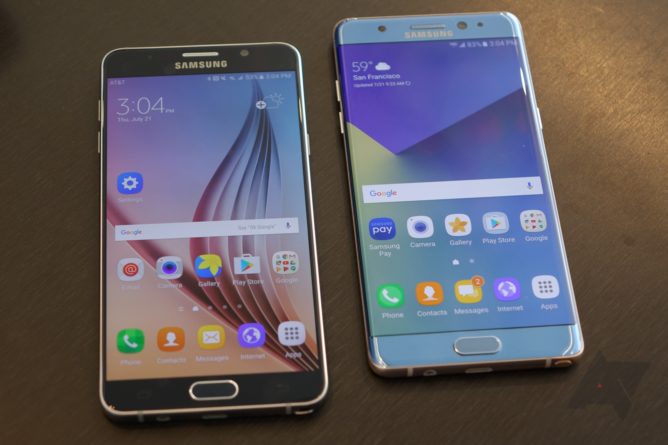 The Note7 launches with Android 6.0.1 Marshmallow, so you'll be waiting for a Nougat update. The TouchWiz UI has also gotten a light revamp, but that's par for the Note series. The software includes a few new stylus-oriented features like the Smart Select GIF maker, as well as magnifier and translate shortcuts in Air Command. 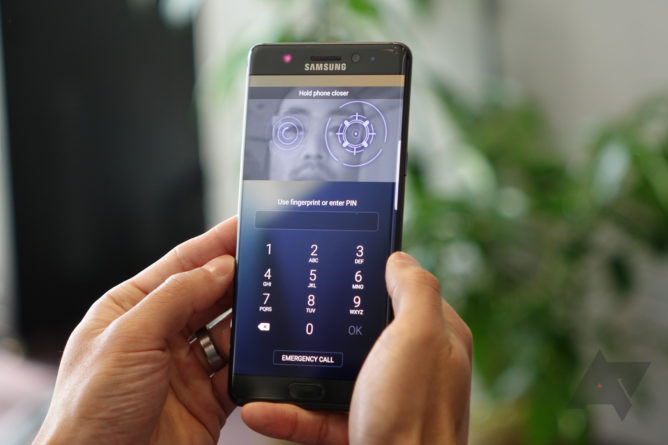 In the US, you'll get your choice of a Gear Fit2 or a 256GB microSD card with purchase. AT&T, Sprint, T-Mobile, US Cellular, and Verizon Wireless will all have pre-orders on August 3rd (tomorrow) and the phone should be in stores on or around August 19th. Pricing is not confirmed yet, and will probably vary a bit by carrier. We will update with more information on that front as it's available.

Hands-on with the Galaxy Note7: Eyeball scanning is standard