Microsoft wants to get in on some of that sweet action that services like If This, Then That and its competitors have been working on for years. To that end they've created Flow, a new web tool that automates actions across some of the major web services available at the moment, most of which (shocker!) aren't even owned by Microsoft. Flow allows users to set up automated "recipes" to complete tasks in Twitter, Dropbox, Google Drive, Slack, OneDrive, Github, Facebook, YouTube, and more. 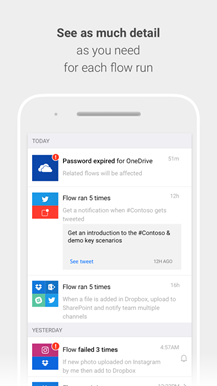 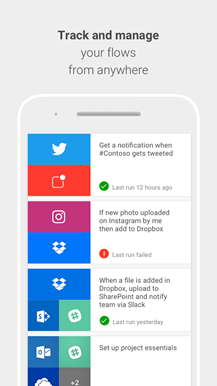 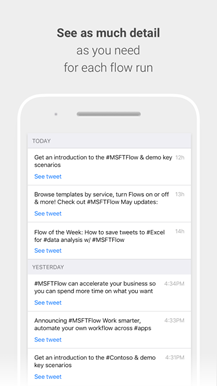 The service itself is currently in a "Preview" mode (read: beta), but there doesn't appear to be any kind of barrier to entry for the web version. Just head to the web page and enter a Microsoft account, and you're good to go. There's an Android app as well, which is also in beta and is using the Play Store's testing system. Head here to become a tester, then here to actually download the app.

The Android version of Flow is more of a manager than a full version of the web tool: users can monitor Flow recipes and get notifications for when they run or fail, plus turn them on or off. But there's no way to create a new Flow recipe or delete an existing one in the mobile app. Check it out if you'd like an automated tool that integrates well with Microsoft Office.