Ever since its start as a Kickstarter campaign, the Nextbit Robin has been available in two color schemes: Mint and Midnight. Now a third color is joining the ranks, and it's just as interesting and even a little bolder and brighter than the Mint variant: Ember.

The colorway mixes black sides and back with bright red (a little magenta'ish if you ask me) end caps, power button, and volume button. It's striking to say the least, especially with the buttons on the sides popping right off the black plastic. Here are a couple more pictures from different angles. 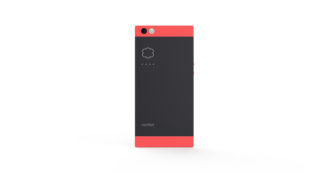 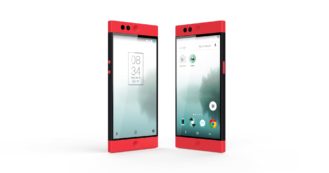 The Ember variant is produced in limited quantity and will sell for the same $299 as the other colors. (Nextbit had reduced the price from $399 to $299 for everyone back in June.) It's only available on the Nextbit.com site, so that's where you need to go to grab one if you want it. If you're in India though, there will be a few Ember units sold on Flipkart because that's the only way to get a Robin in the country.

Nextbit is also releasing a software update to beta testers (join here) today, which will come to regular users later. It adds support for videos in smart storage so that not only photos, but also unused videos can be backed up to the cloud to free up your device's storage. It also includes the July security patches for Android as well as improved thermal tuning. Beta testers should see the option to install the update OTA today.

HERE Maps is now HERE WeGo, gets some navigation improvements to go along with the new name