There's a fresh update to Street View rolling out today and it has a little something for everyone. Counting among the changes in this release, there's a new satellite mode and a toggle for photographers to market themselves for work. A few visuals have been tweaked, including a better-looking search results screen. And a teardown item lets us know that the developers are planning a cool little feature that can take care of blurring out faces before uploading photos for the public to see. 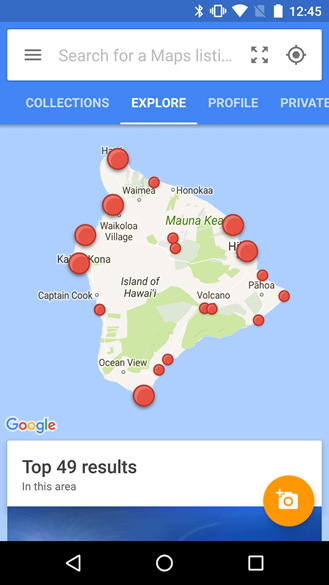 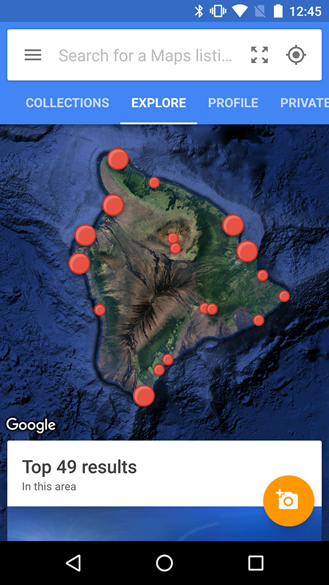 Google Maps offers a few different ways to view the world. Line-drawn maps (left) are the easiest to read, but sometimes you might want a more true-to-life perspective. The latest update to Street View can give you this with a new satellite mode (right). This is obviously the same as the satellite view in Google Maps. The standard maps are replaced by photos of the earth taken by cameras in orbit.

If you're wondering why this might be a nice touch, just consider that a view like this can make it easier to pick out certain types of things at a glance that aren't usually represented on proper maps. You might be looking for a good place for something like a shady spot for a picnic or a quiet beach to relax. With the satellite view, it's easy to figure out which areas generally fit the bill, then tap on the red dots to bring up a 360-degree photo to get a better look from the ground.

To turn on satellite mode, open the navigation drawer, tap to open Settings, then tap on the new satellite mode toggle (pictured below). This isn't the most convenient place for the switch, especially since it stands to reason that people may want to bounce back and forth, so maybe we'll see this option in the main view at some point in the future. 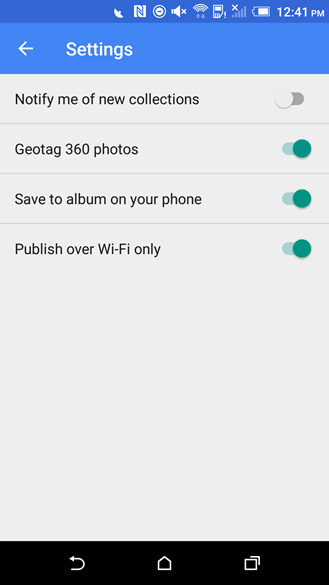 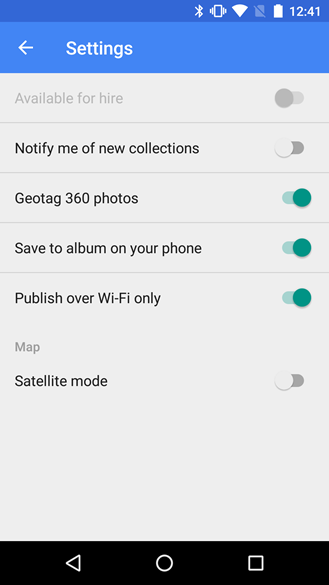 Early last month, a teardown showed that Street View would someday become an interface for photographers to do a bit of professional work. It looks like the day may have come for that capability to go live. Trusted photographers can now go into Settings and flip a switch to announce that they are "available for hire."

For most people, this option will be disabled. This is because only people certified and part of the "Trusted Street View Photographers" program are allowed to market their services through Street View. What does it take to get into the program? The app currently doesn't seem to show any explanation, but a string found during a teardown seems to indicate that at least a minimum of fifty 360-degree photos must be published and approved. There may be other eligibility requirements, but this is a good starting point for those interested in adding this type of work to their repertoire.

UI tweaks happen in just about every version of every app, even if they're profoundly subtle. We don't normally point them out, but there are some changes here that deserve a quick look. 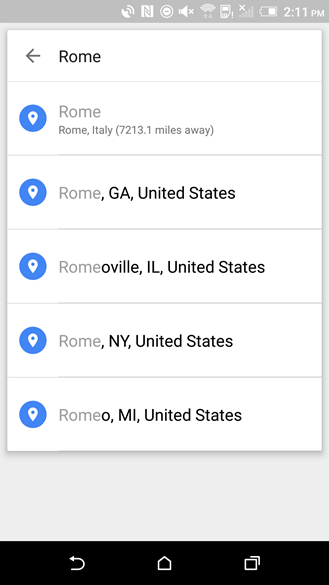 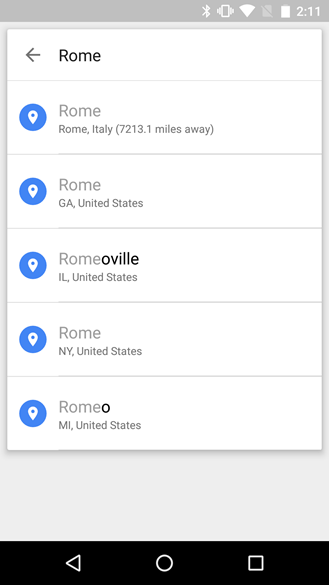 The first tweak is to the search results page. Auto-complete lines used to span a single line and weren't particularly easy to read. The latest update pushes some of the information to a second line where it's a little easier to visually parse. It also looks more elegant. 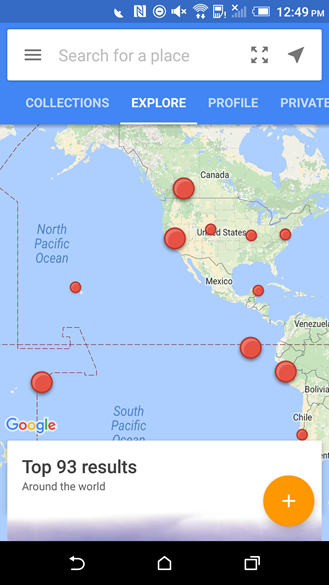 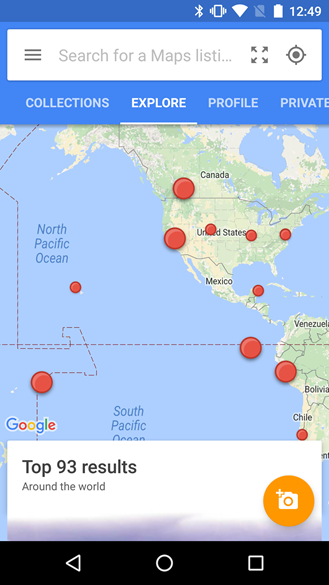 There are also a couple of changes to the iconography in the main view. The location icon at the far right of the search bar has been switched from an arrow to the target coordinate symbol. There's no change in function. The FAB (floating action button) has also been switched from a plus (+) symbol to a camera with a plus in place of the shutter button. This actually isn't much of a change. Tapping the FAB expands to three different options, one of which was already using the same camera icon, so the only real difference is that the plus icon has been removed entirely and the camera icon is in that position permanently.

One recent addition to Street View was a feature allowing users to manually pick out spots in panoramic images that should be blurred before uploading them to Google. While a useful feature, it was perhaps a little inaccurate and tricky to work with. A new addition is in the works that will take a little bit of manual labor out of the process: face detection.

Again, this one is pretty straight-forward. The image will be scanned for recognizable human faces and they will be automatically blurred. This isn't currently designed to be an automatic feature, the command to run this step is located in the overflow menu on the preview screen.

Given that the title text for this command is written out instead of using an @string reference (the standard method for supporting multiple languages), it's fairly obvious this feature won't be turned on in this version. However, the developers behind Street View have been exceptionally consistent at launching features within a version or two after the first clues appear for us to see in a teardown, so we'll probably see this one show up in the next release.