Hangouts 11 for Android is here! Can you guess what it adds? No, not Allo, silly: it adds video messaging. Finally. Hangouts for iOS has supported the sending of video messages (or attachments, whatever you want to call them), and Android has mysteriously missed out on this feature to date. As of today, that changes - and we've got the APK for you to download. (Note: at the moment, we only have the arm64 aka 64-bit APK, so this will only work with 64-bit devices. We expect to get a standard armv7 at some point, obviously.)

Here's how it works, in a series of screenshots from Artem. 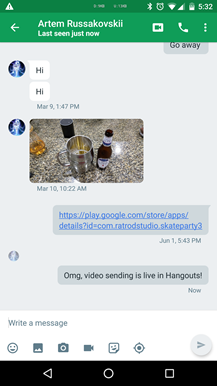 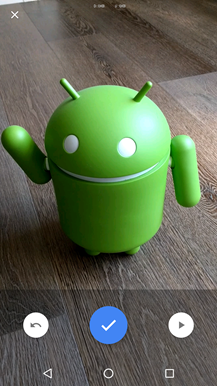 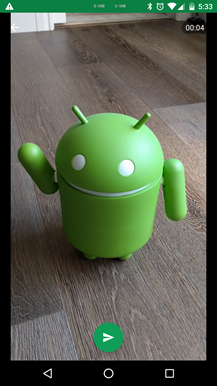 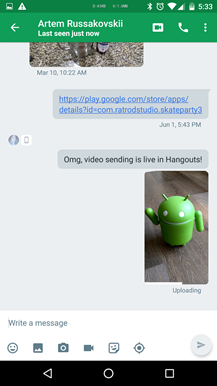 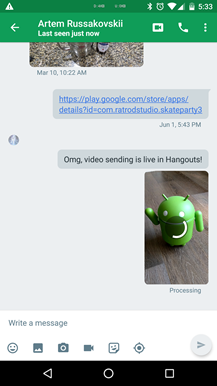 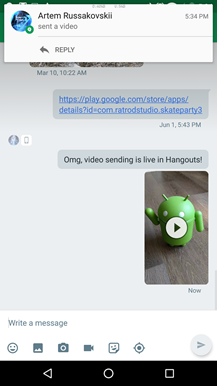 You open up Hangouts, hit the little video camera button, record your video, confirm to send, at which point it uploads (progress bar), processes (progress circle), then becomes ready for playback... in a separate app. Yeah, there's no inline playback. Which, OK, I guess that's cool, Hangouts team. Videos can supposedly be up to two minutes on iOS, but it looks like Android devices will be able to send even longer recordings - we haven't tested extensively yet.

Anyway, the fact that Hangouts for iOS has had this for what seems like an eternity is honestly most of the reason this is news. Video messaging is a neat feature, sure, but it's hardly going to turn Hangouts into a messaging juggernaut overnight, and it really doesn't even solve any of the actual problems with the service or app itself. But hey, at least we're nearly at iOS feature parity now, right? And you can send people videos, which may be something you've been looking forward to doing.

You can get the 64-bit version from APK Mirror right here. Other versions will be at that URL as they become available.

Google has announced the various changes to group chats, too. This includes the ability to share an invite to a chat via link, search your contacts for groups to start a chat, and a newly-added function to remove members from a group chat. You can check out the official Google Apps blog post for screenshots and more details here.