Trainers, we are proud to reveal that #PokemonGO is officially available to download in France. pic.twitter.com/gAF74i3UcF

Perhaps expanding to a large new territory helped Pokémon GO break the 50 million download mark on the Play Store, which also happened sometime in the last couple of days. (It's marked as "50,000,000 to 100,000,000" downloads now, but wasn't on Friday according to Archive.org.) The game shot to the top of every relevant trend list in the Play Store even while it was relatively limited geographically. The App Store over on iOS doesn't list explicit download numbers, but Pokémon GO is number one with a bullet on those charts as well. 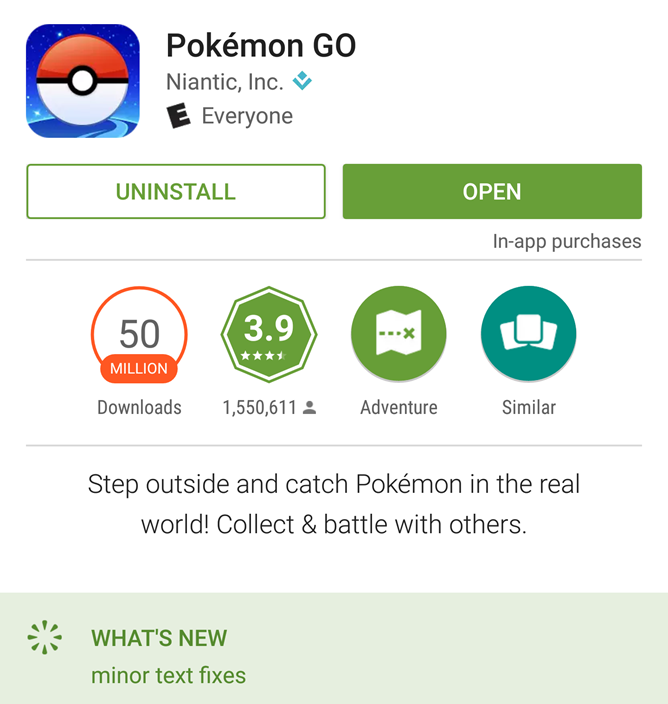 The game is similar to Niantic's previous augmented reality game, Ingress, but it uses a theme based on Nintendo's super-popular monster catching RPG series. Players walk around the real world to catch Pokémon, gather items, and fight other players' monsters to control gyms. Pokémon GO is still less than a month old and has only had two updates so far, one of which was "minor text fixes." Server problems and serious bugs, including constant crashes and an infuriating "three footprints" tracking error, continue to plague the game. Major new features are planned in future updates.