Still, the most exciting part of these updates is inking. As the name suggests, this is digital ink. You can draw with your finger or stylus, as I did in the image below. If you have a phone or tablet with an active digitizer like the Samsung Note series, they will support those pressure-sensitive features as well. OneNote has had inking support for a while now. 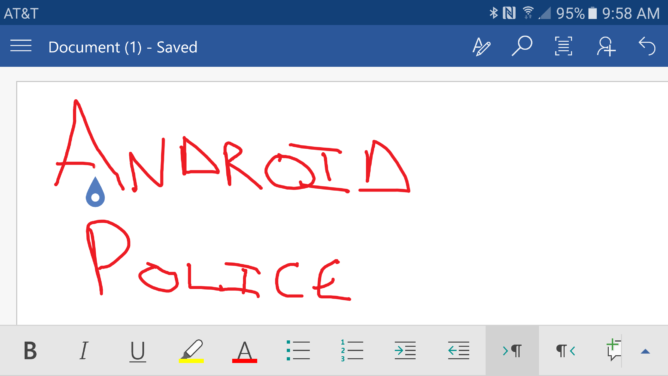 While my example screenshots are from Word, you can use inking to annotate in PowerPoint and Excel too.

The other change of note in these updates is the ability to save to SD cards, at least as long as you are running Android 5.0 or newer. Most Office files aren't all that big, but this might be especially handy if you are taking the SD cards out and putting them in other devices.

And something else that appeared in these updates is a shortcut to Microsoft's other Office apps, which I suppose some people might be happy to have. Upon launching the app, you will see this shortcut in the sidebar: 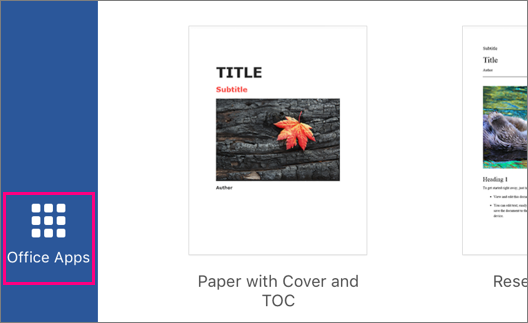 Tap that and you'll get this list, which will have buttons that say either "open" or "install" depending on whether the app is installed on your device. 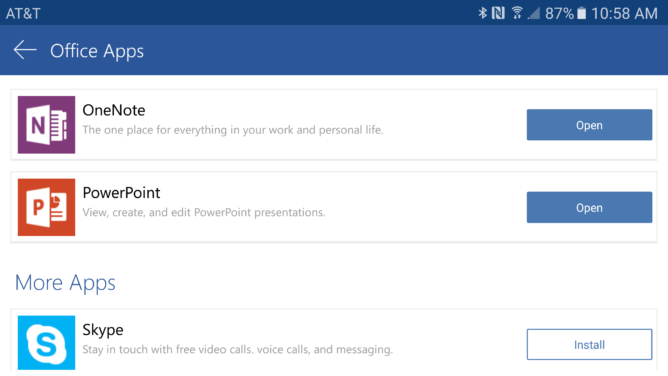 Finally, a change specific to Word for Android is a slightly revamped table editor. It will not automatically wrap text as you type into a cell and if you want to move a table, you can simply drag it. Previously, this would require a cut and paste maneuver. 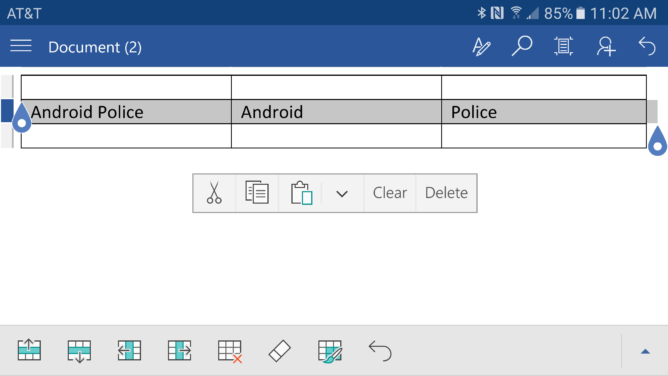 These updates are already rolling out via the Play Store, so check for them if you haven't already.