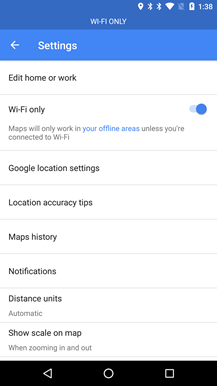 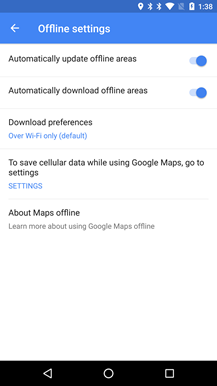 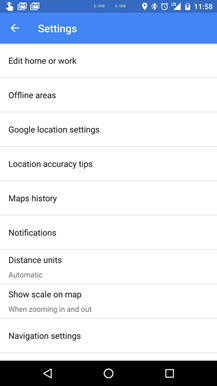 Left + Center: with Wi-Fi only option enabled. Right: no such luck.

It's going to be pretty obvious if the Wi-Fi only option has come to your device. Open the Settings screen and look for a new toggle on the second line with the title "Wi-Fi only." If it's there, you're set to go offline. This line used to be titled "offline areas," and it still provides a link to the same screen if you tap the description, but it has been augmented with the new title and the switch. Just be aware that tapping the title or switch will effectively cut maps off from cellular data, and tapping anywhere on the description will open the configuration screen for offline areas. 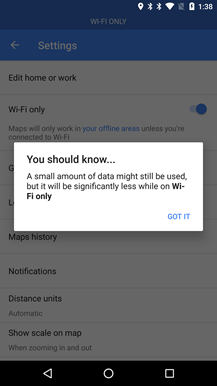 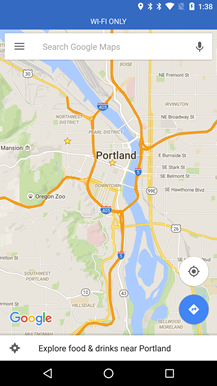 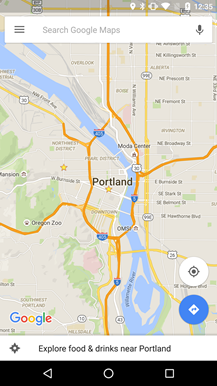 The first time Wi-Fi only mode is enabled, it will show a quick reminder that Google Maps may still use a small amount of data during operation. As long as the switch is turned on, a small bar will appear across the top of the screen to make the status obvious. 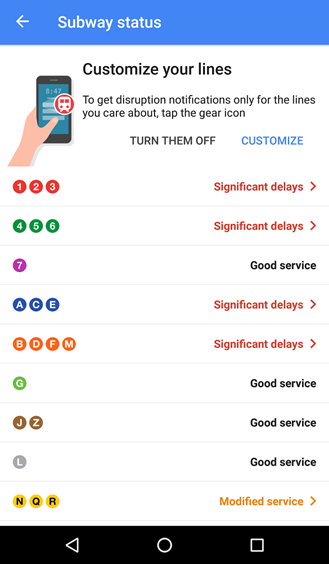 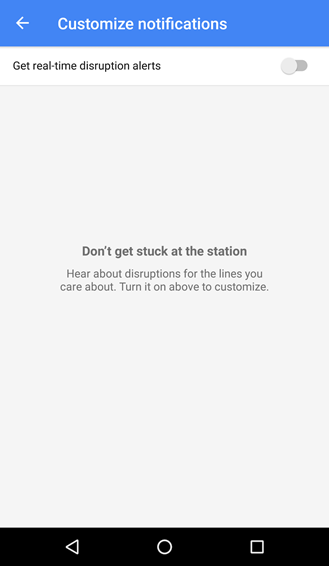 For those traveling by bus or train, this feature is going to speak to you. It looks like Google may be rolling out customizable notifications for mass transit delays. We've received the screens above showing a welcome message and a configuration screen with the option to turn on disruption alerts. The report came with the note that the toggle failed to work and the screen disappeared after Maps was re-launched. This may be a glitch for the one user or it's possible this feature may not have been meant to go live quite yet. 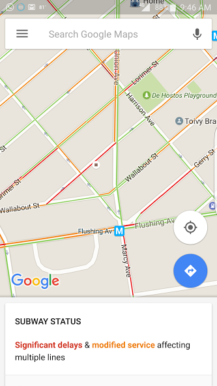 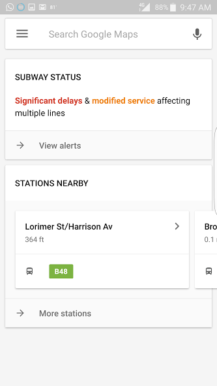 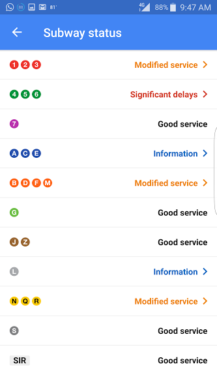 Thanks to a reader going by the name of "always smile," we've got a few more screenshots for mass transit delay notifications. This basically confirms that a rollout is happening, but it seems like the initial audience is still pretty small.

Based on checking with the rest of the AP team, it's clear that Wi-Fi only mode is rolling out based on accounts. In other words, if you have it on one device, you should see it on any device signed in with the same account. However, you will have to have at least Maps v9.32 installed. You can pick up v9.32.1 from APK Mirror if you don't already have it. The same is likely true for notifications of mass transit delays, but again, it's still possible that's not supposed to be live yet.