This pretty little thing is the Libratone One Click. Designed by Danish engineers, with characteristic Scandinavian simplicity, it's a speaker that has caught the attention of everyone I've shown it to. Sure, it looks nice, but how does it sound? Read on my friends, and you'll find out. 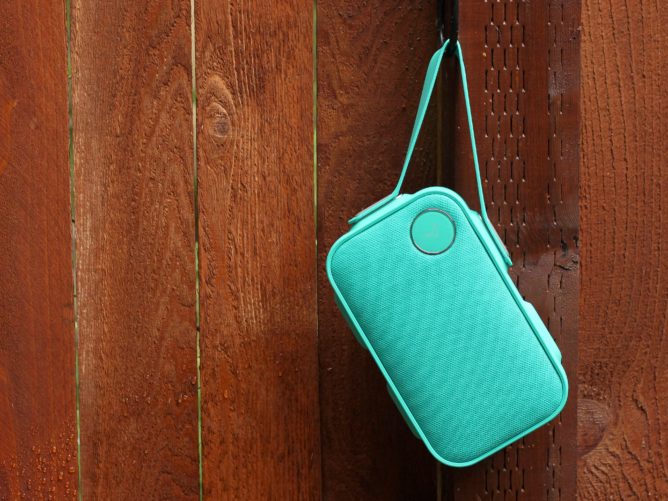 I've tested quite a few speakers over the past several months. My wife – who for some reason doesn't obsess over new gadgets like I do – is usually only mildly interested when a new speaker shows up. However, from the first moment she saw the Libratone One Click she was completely smitten, wanting to hold it and try it out for herself. She never asks to do that.

The reason? According to her, this speaker is 'incredibly cute and chic'. I think it's a looker too, but I wouldn't go so far as to call it cute. I think it's adorable. That's a more masculine word choice, right? Seriously though, this little guy was built by a team that knows a thing or two about design. It looks and feels high quality – as it should for $200.

The front and back of the One Click are covered in a tightly knit synthetic fabric. It feels like a very thin layer of foam padding is sown just behind the cloth covering as there's just a bit of give when you press a finger against it. When I unboxed the demo unit there were actually some indents in the fabric where the foam had been compressed during shipping, which was unsightly. I'm happy to report that they did go away after a couple of days though. 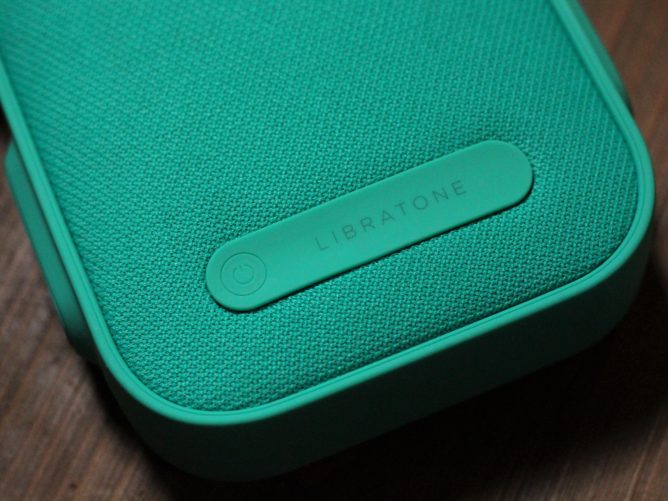 My only concern with the material is that it is prone to snagging when brushed against something sharp. I have been very gentle with the speaker, but I have still managed to get a couple small runs in the fabric. Do these affect performance? No, but they don't look great and I think if the fabric were stretched a little tighter, or had a thicker weave, they wouldn't be an issue at all. Minor nitpick.

On the positive side, the fabric cleans well. I accidentally dropped the speaker in some mud prior to taking the pictures in this article. A damp wash cloth and couple minutes of light scrubbing had the speaker looking good as new.

A circle of glass surrounded by a chrome ring is the only adornment on the front of the speaker. When powered on, a nightingale, which is Libratone's logo, lights up in the center of the circle. The circle isn't there just for ornamentation, it's actually a touch sensitive button. A tap will pause/play audio or answer/end an incoming call. 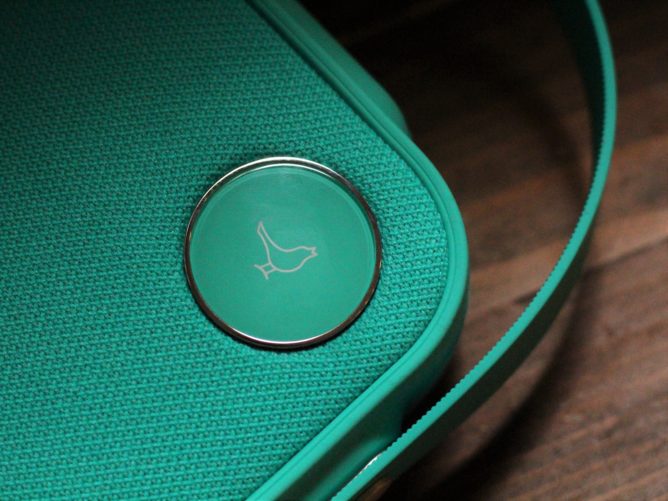 You can also adjust the volume by sliding a finger around the outside of the circle (think iPod touch). Pin-prick sized LED lights illuminate near the edge of the circle to indicate the current volume level. The lights are dim, which looks really nice in moderate to low light, but makes them nearly impossible to see in sunlight. I don't like bright LEDs on my gadgets, so that's fine with me. 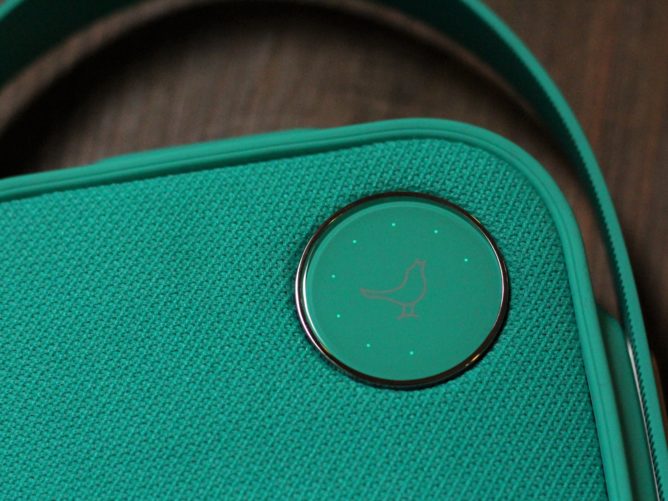 The nightingale back-light shuts off when the LED indicator lights turn on.

The controls work great, never failing to recognize input or showing any lag. Having a visual indication of volume level is something I always appreciate, and it's actually not very common in speakers of this size, so kudos to Libratone for including that feature. I'm a big fan of their control scheme, it is so simple and intuitive I didn't even have to read the manual to figure out how it worked.

Around back there's not a whole lot going on. A long silicone band is positioned near the bottom of the speaker. The power button is situated on the left side of the band and the right side lifts to reveal a MicroUSB charging port and a 3.5mm audio-in jack. A brief press of the power button while the speaker is on will illuminate the LEDs circling the front button, showing current battery level, another nice touch. 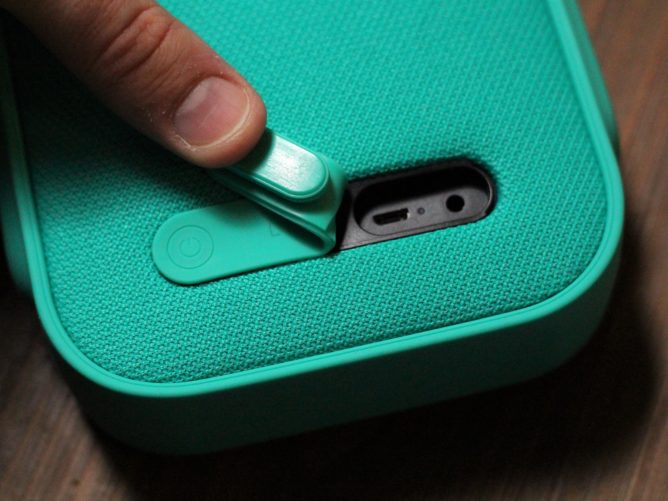 Thanks for MicroUSB charging guys!

With the only adornments being the circular button on the front and the silicone strip on the back, this is a minimalist speaker, and I think that that adds to its charm. The only part of the One Click that is complex is the silicone bumper that surrounds the speaker, which hides some pretty cool tricks.

The ring surrounding the speaker does more than just protect the speaker from drops and vibration. It forms the base for a modular system that allows users to customize how handles are arranged on the One Click. Five nubs are located around the perimeter of the speaker, one at the top and two at each side. There are three different components that can be loaded into these nubs to change the look and functionality of the speaker.

There are silicone plugs that simply fill the space, aluminum inserts that the longer silicone strap attaches to, and a short handle, about the size of the ring at the top of a combination lock, that opens at one end making it easy to attach the One Click to other objects. 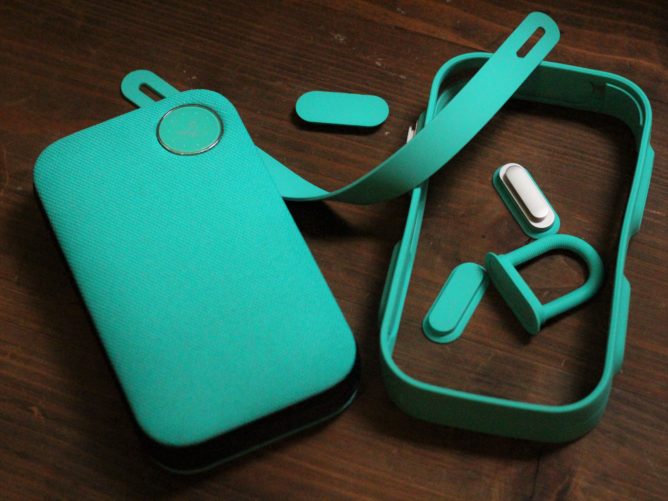 To change their arrangement you simply slide the ring off from around the speaker and pop the inserts in in whichever arrangement you'd like. It's a fun feature; I had a good time experimenting with all the different ways I could attach the handles. While you can configure the speaker several different ways, there are really only three practical combinations; having the strap attachments set at either side of the speaker, the short handle in the top center of the device, or no handles at all.

Arranging the long strap attachments on corners of the device, or side by side on the long edge of the device puts pressure on the silicone ring at the end of the strap. Bumping the speaker while it's hanging from these attachment points can cause the strap to come lose, dropping the speaker to the ground (that's how it fell in the mud). So, it's not as customizable as I first thought, but it's still more adaptive than any other speaker I've used. 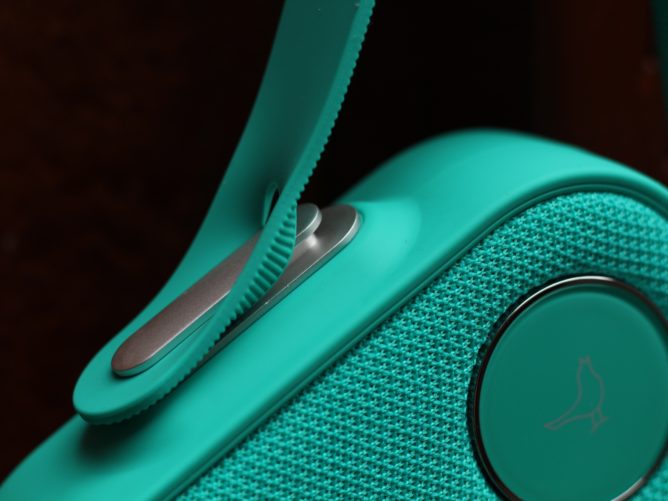 Hanging the speaker with the strap at an angle puts too much pressure at the connection point.

I really enjoy the sound profile of the One Click. It's detailed, balanced, and crisp. Bass performance, while a bit below the level of some speakers in the price range, like the UE Boom 2, is more than adequate for my needs. Listening to music is a pleasure on the One Click with defined separation in the instrument and vocal tracks.

Volume, while not overpowering, is sufficient for a device of this size. It fills a midsize room with ease and has enough power to be used in outdoor settings, as long as there isn't an overabundance of background noise. I imagine the speaker is capable of producing more volume, but has been dialed back to avoid distortion. Audio is pleasant all the way to maximum volume, so that's probably for the best even though I wouldn't mind a bit more sound. 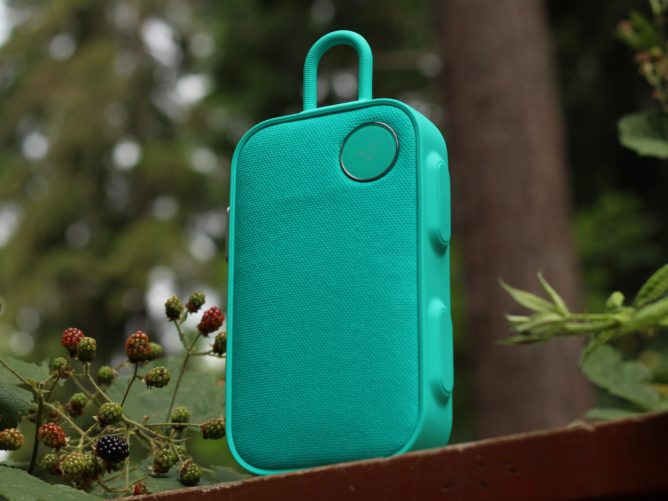 Some blackberries may have been harmed during the writing of this article... Delicious.

The One Click radiates sound from both the front and rear of the speaker. The marketing material states that the sound is radiated equally out the front and back, but I found that the audio coming from the front of the speaker to be superior, with more pronounced highs and mids, than audio coming from the rear. This was easily tested by laying the speaker on a soft surface on its back, and then its face, to compare. In application, it's difficult to hear the difference unless you listen very carefully. If you're a discerning listener, you'll want to position the One Click so the front is facing you for an optimal experience. 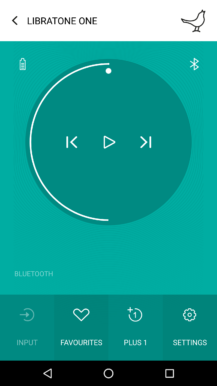 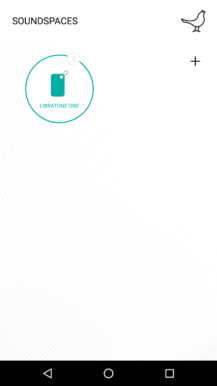 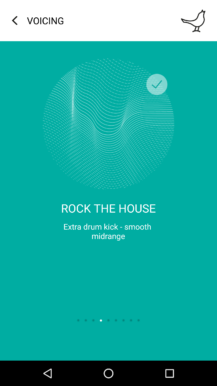 Libratone's Android app looks pretty and adds a few useful features. With it, you can pair two Libratone speakers together, control playback and volume, and change equalizer settings. You can't set your own equalizer profile, but there are nine different profiles to choose from, including presets for jazz, rock, classical, movies, and a few others. None of profiles change the voice of the speaker all that much. I like its default tuning just fine, but the options are there to play with if you are the sort who likes to play with audio settings.

As is unfortunately the case with most audio companion apps I try, the application had some problems. Almost every time I opened another application and then returned to the Libratone app some portions of the app would no longer work. Changing sound profiles was the most frequent casualty, I could only get those changes to apply by closing the app and establishing a fresh connection. Playback controls also lagged at times and failed to recognize input. Come on guys, this shouldn't be that hard. 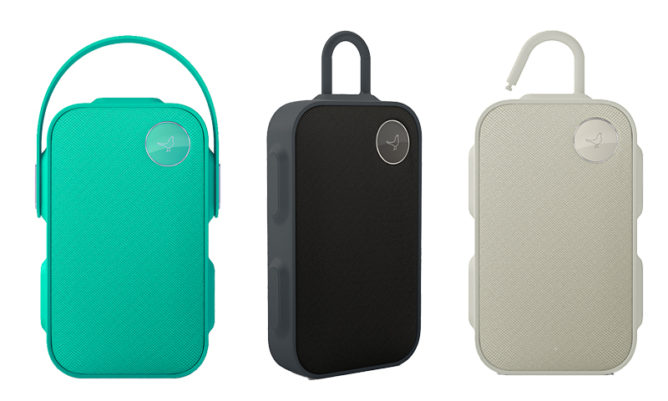 It looks good, sounds great, and has a couple tricks up its sleeve. I'm a fan of the Libratone One Click. $200 places this on the pricey range of mid-sized speakers, but I think the quality of the materials and sound justify the price. I wish it were a little cheaper, but mostly for selfish reasons – my wife is going to want me to buy one for her.

The Libratone One Click is available in three different colors, green, black, and grey. It's available for purchase at Amazon or through Libratone's own website. Libratone has a tax-free promotion running through the end of the month and offers free shipping and a 30 day money back guarantee, so they may be the better retailer to purchase from depending on where you live. Questions? Ask away.

Periscope adds support for replay highlights, broadcasts in embeded tweets, and autoplay in the ...