Miniclip's Agar.io has been a huge success - aside from getting featured in Netflix's House of Cards series, it has had over 50 million downloads from the Play Store alone. What could be thought of as the successor to Agar.io has now arrived on Android: Diep.io, a multiplayer tank game.

Like Agar.io, Diep.io was originally a browser-based game, but has been made available on Android and iOS. The aim of Diep.io is to destroy other players by shooting pellets at them - in my first round I survived for about two minutes before being destroyed. Another way to level-up is to decimate the yellow squares, blue pentagons, and red triangles - ideal cannon fodder and good target practice before taking on other, bigger, more experienced players. As you kill more players and shapes, you will be able to upgrade your tank, adding more powerful guns and better armor.

Left: my tank, alone in the wilderness. Middle: destroying those shapes, yo. Right: getting destroyed by another player.

Diep.io is a free, ad-supported download on the Play Store. The Google Play page says the game has in-app purchases, but I could not find evidence of these in-game. In closing, I'd say if you liked Agar.io, you'll probably like this. I just hope it doesn't tank. 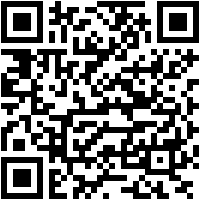 Google explains how Chrome will become WebView in Android 7.0