The Moto Z and Moto Z Force on Verizon are available for pre-order today. It turns out they're quite a bit more expensive than Motorola's last flagship phone, and there are the pricey Moto Mods too. Best Buy has a pretty sweet deal today, though. You can get $200 off a Moto Z and a free speaker mod. 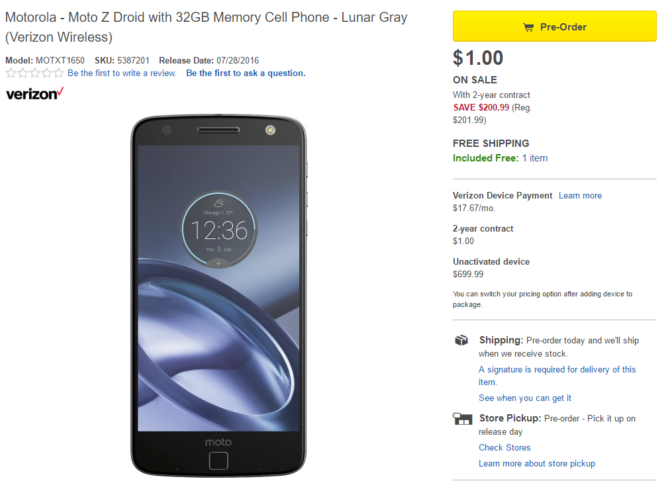 When you pre-order from Best Buy, you also get the JBL SoundBoost Mod. That usually costs $79.99. So, you're basically getting $280 off the whole package at Best Buy. That's a surprisingly good deal for a phone that isn't even out yet. The Moto Z phones should ship on or around July 28th.

[Update: Out of beta] SwiftKey's New Beta 'Swiftmoji' Keyboard Predicts What Emoji You Might ...