Like some of the recent Kairosoft games (although unlike Game Dev Story), Legends is ad-supported, meaning it is a free download from the Play Store. However, the gameplay is mostly similar to other titles from the company, feeling a bit like Pokémon games of old with a splash of modern RPG added in. The graphics are pixel-bit, as we've come to expect from Kairosoft now with the multitude of other games available, although in my mind this is no bad thing.

Having had a go on Legends, the game definitely feels more involved and in-depth than something like Game Dev Story, or my personal favorite, Grand Prix Story. However, it also is substantially harder to play than those games, with more controls and more things to do and accomplish. Legends of Heropolis is free on the Play Store now, although there are in-app purchases to remove ads or buy coins or other items. 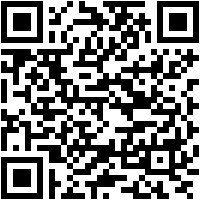 Verified boot in Android 7.0 won't let your phone boot if the software is corrupt