10 cents can go a long way these days on the Play Store. In recent times, you've been able to grab some cool games and apps for this sum — maybe a bit more or a bit less depending on your country — but the discounts have been heavily skewing toward select regions: UK, France, Italy, Germany, Spain, Australia, Russia, and sometimes the US and Canada and a few other countries joined in on the fun.

If the price alone isn't enough to convince you and you really need to know what your hard earned pennies are going toward, you'll be happy to know that Lost Journey is a beautiful and dreamy physics puzzler with cute Jennifer as the center protagonist, a storyline about collecting memories, and a gameplay that involves inverted gravity, time bending, and space manipulation, all wrapped in engrossing music. It has an average rating of over 4 stars with more than 2200 reviews. Here's the trailer to give you an idea of the gameplay:

Lost Journey normally costs $0.99, but you can grab it from the Play Store link below now for a significant discount. Do let me know if you find something cheaper than LBP 1.00 — I couldn't.

And while you're checking the Play Store, you may also want to stop by Noisli, a white noise and background sound generator app that usually costs $1.99 and is now discounted to 10 cents in select countries. I was able to verify that it's down to EUR 0.10 in France, Germany, Italy, and Spain; GBP 0.10 in the UK, AUD 0.20 in Australia, and RUB 10 in Russia. No US and no Canada unfortunately. 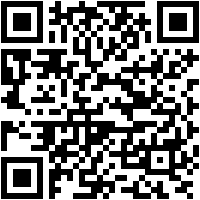