For better or worse, Amazon dominates the e-book lanscape. After buying Audible, it commands audiobooks as well. In 2011, the retailer introduced a way to attract readers with content from magazines and periodicals. Alongside digital magazine subscriptions, the company began selling articles and other long-form content between 5,000 and 30,000 words.

Amazon called these stories and essays Kindle Singles. Now it's expanding on the category with timeless well-known stories. It's calling these Kindle Singles Classics.

Think content such as TIME Magazine's 1966 cover story "Is God Dead?" Kindle Singles Classics are launching with more than 140 to choose from. Material comes from writers such as Margo Jefferson, Chang-rae Lee, Gloria Steinem, Gay Talese, Lawrence Writer, and others. Their work originally appeared in the likes of The Atlantic, The New Yorker, Rolling Stone, TIME, and similar publications.

Kindle Singles Classics go for 99 cents each. Kindle Unlimited subscribers get them for free. 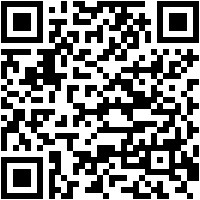 Many now available digitally for the first time

Singles Classics are exclusive to Kindle, free for Kindle Unlimited members, and can be read on Kindle E-readers, Fire Tablets, and the free Kindle app for iOS, Android, PC and Mac

SEATTLE--(BUSINESS WIRE)--(NASDAQ: AMZN)—Today, Kindle announced the launch of Singles Classics—a way to make iconic articles, stories and essays from well-known authors writing for top magazines and periodicals available in digital form, many for the first time. Readers can now enjoy easy access to hard-to-find and long-lost articles and stories written by some of their favorite authors. Singles Classics are priced from $0.99 and available for free to Kindle Unlimited subscribers. To discover Singles Classics visit www.amazon.com/singlesclassics.

“Today’s readers might never have the opportunity to discover great works like Ron Rosenbaum’s ‘The Secrets of the Little Blue Box,’ Marcelle Clements’ ‘The Dog Is Us’ or TIME Magazine’s legendary 1966 cover story ‘Is God Dead?,’”

“Some writing is meant just for the moment, but much of it—the best of it—is worth reading and rereading,” said New York Times best-selling author Susan Orlean. “Singles Classics finally gives us a way to enjoy those timeless pieces. As a reader, I’m thrilled to have access to the stories that mattered the most to me and ones that I somehow missed the first time around. As a writer, this is a really exciting innovation. It’s a chance to revitalize past work, to introduce it to today’s readers, and to give it both new immediacy and a true permanence.”

“Today’s readers might never have the opportunity to discover great works like Ron Rosenbaum’s ‘The Secrets of the Little Blue Box,’ Marcelle Clements’ ‘The Dog Is Us’ or TIME Magazine’s legendary 1966 cover story ‘Is God Dead?,’” said David Blum, Editor of Kindle Singles. “With Singles Classics, we are making these seminal works easy to find and afford – by a student writing a term paper or by readers in search of short works by the writers they love.”

Kindle Singles launched in 2011 to showcase great fiction and nonfiction between 5,000 and 30,000 words – compelling ideas expressed at their natural length. Now with Singles Classics, readers have access to the articles and stories that have shaped decades of conversation and thought.

With Singles Classics, writers and publishers sell their previously published work via Kindle Direct Publishing, which will earn them up to 70% royalties from the sale of every copy and allow them to retain the rights to their work.

Customers can download and read Singles Classics on their Kindle E-readers, Fire Tablets, and the free Kindle app for iOS, Android, PC and Mac. To learn more about how Kindle helps you read anything, anytime, anywhere visit www.amazon.com/kindleapps.

Moto G4 and G4 Plus review: Still the best budget phone you can buy