An update to Google Photos hit late yesterday, taking the version up to 1.24. This update doesn't make any major changes, but there are a couple of notable improvements. The cropping tool has been redesigned and upgraded in a few good ways and albums can now be sorted. As usual, there's a download link at the bottom of the post if you'd like to pick up the apk before Google rolls it out to everybody. 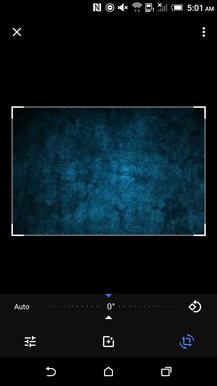 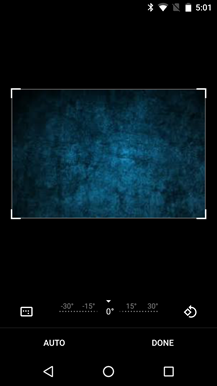 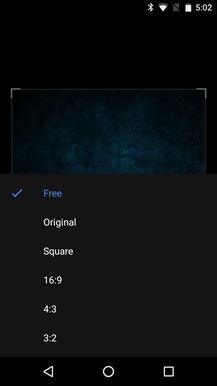 It's inevitable that you'll eventually have to chop off an edge of a picture or rotate it just a little bit to get the horizon perfectly level. The crop tool in Photos has always been perfectly good at this task, but with the latest update, it got a little bit better.

At first glance, it looks like a simple rearrangement. The buttons at the top have been moved to the bottom and a better looking rotation slider was slotted into the middle, but the changes don't end there. There's a new button to the left of the slider; it opens up a list of options for constrained crop frames, allowing users to keep the same aspect ratio while resizing the box to include just the important elements. Some of the ratios probably won't get too much use, but this will be very handy for preparing a square image to be a profile picture or shaving off some edges before posting to Instagram. 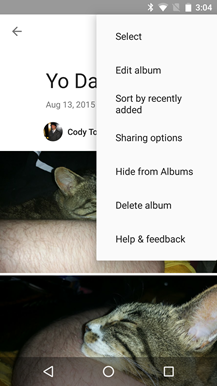 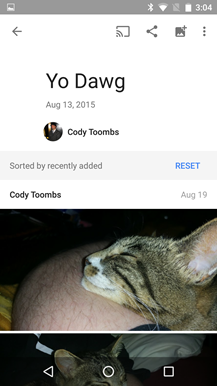 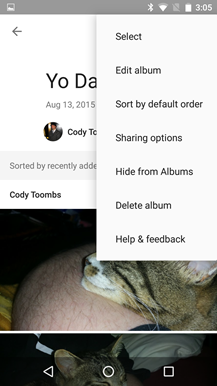 If you pop open an album in Google Photos, take a look at the overflow menu for a couple more changes. The important addition to the list is a new command to change the album's sorting mode. Right now, the only option is to switch between 'recently added' and 'default mode,' which is the same manual arrangement that had previously been the standard.

Evidence for alternate sorting modes originally turned up in a teardown at the end of May. Now that it's live, it seems to be incomplete. The original list included: newest first, oldest first, recently added, and manual. It seems likely we'll see the other two turn up in due time, but surprising they weren't all introduced simultaneously.

There may still be other changes we haven't seen yet, so let us know in the comments if something turns up.

You can now use Bitmoji on Snapchat