You don't get much more British than the BBC. It's like a cup of tea or chocolate digestive biscuits. Presumably because the BBC has realised it is losing market share to other news websites and TV services like Netflix or Amazon Prime, it has released a new app, BBC+, in an attempt to combat this. Provided the user has a BBC iD, they can pick what they're interested in and then see in a magazine-like format.

The idea isn't exactly new - many other news outlets in other countries around the world do the same. The main issue with BBC+ is that once you get to a new article, it is essentially just a WebView to the BBC website, unlike an app such as Flipboard or Google Play Newsstand, where the article is specifically formatted for display on a mobile device. Still, it's a good way to get people to use the BBC for news and to see what's on iPlayer, the corporation's on-demand TV service. The app looks good and has pretty transitions and animations, and a nice sliding mechanism to see all the different sections chosen during the onboarding process. I do have my reservations about the icon though, which looks like a Red Cross symbol on a gradient background.

It appears that BBC+ is only available in the United Kingdom, which is a shame since the main news website is available worldwide. The app is on the Play Store now, so if you're in the UK, go read some news - there's enough of it at the moment. (Unless you're one of those people who read the Daily Mail and think the BBC is scum.) 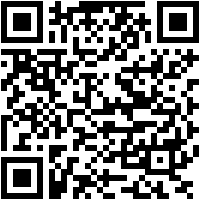 Music streaming service Deezer launches today in the US