It has been a couple of months since Play Books has been in the news, but there's a new update rolling out and it brings a couple of new features. Version 3.9 gives search a little more help with more thorough suggestions and adds a badge to series when new content hits the store. Those two things along with some other general bug fixes and improvements are certainly nice, but there are also a couple of things to talk about in a teardown. Keep reading for details or skip straight to the bottom for a download link. 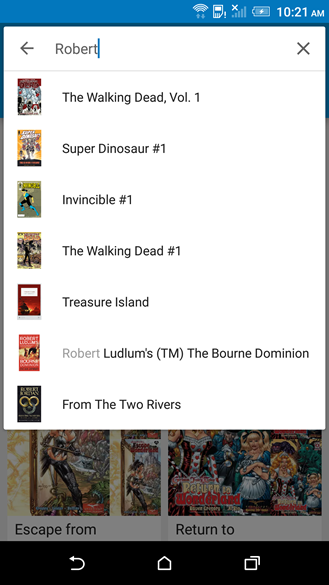 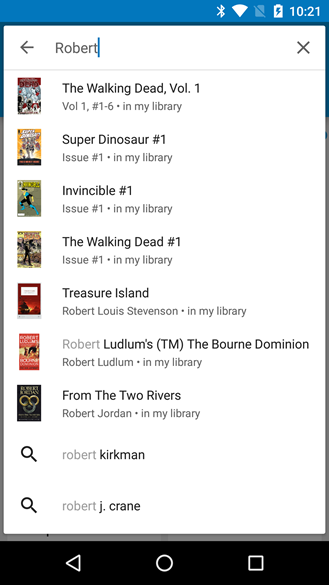 Play Books gained a more distinct and more functional search field back in v3.8, including search history and even a few links into the Play Store. Between then and now, suggestions for books already in the library started populating into the dropdown list. With the latest version, the suggestions got even smarter.

It's not hard to see the changes in the screenshots above: books and comics now have a little more information shown on a second line, including a note that they're in your library, and the list continues further down with autocomplete-style suggestions. This should make it easier to pick out things you have in your library already or to find authors and series you already know by name. 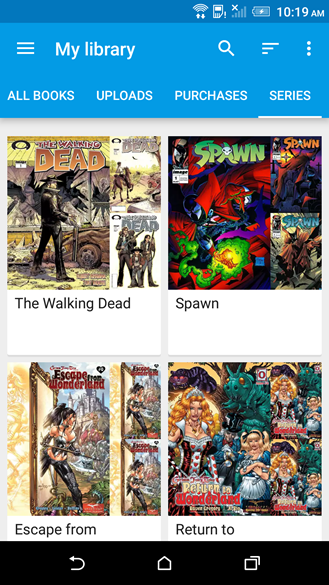 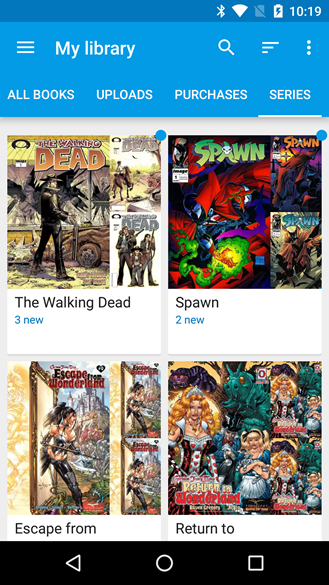 If you're following any good comics or ongoing novels, you may want to pop over to the Series tab in your library and keep an eye out for a little blue dot on the upper-right corner. This little badge indicates that there is new content to be found in the Play Store. Look down below the titles to see a count of how many new issues are available in the series. However, it looks like the counter for new material may not be very accurate, or it's counting in based on criteria that aren't entirely obvious to me. Again, a feature that most people might not notice if they don't know where to look for it, but certainly useful and much more efficient than tapping through each series to check them individually for new issues.

It's nearly impossible to put out a product without a few mistakes here and there, and books are no different. Through history, errors in printed books are usually fixed in subsequent editions; but as we transition into digital publications, it's realistic to make fixes and send them out to existing customers. Much like the app market, where crashes are recorded and users can provide feedback through a number of channels, books need a good method for feedback, as well. It looks like Google is going to offer this through a feature codenamed "spotlight."

Most of the strings still say "TBD" (to be determined), which makes it fairly obvious this feature isn't finished, but there are two that spell out the details sufficiently to make a pretty solid guess at the intent of spotlight. The first instructs users to highlight problems by drawing on a screenshot. This is already a method used by some developers for pointing out issues with UI, and it makes a lot of sense to do it this way for comic books and graphic novels where the issues may be with the illustrations rather than text. The second string represents a template with fields for a book title, id, and page number that can be filled out automatically by the app, probably leaving just a field for users to fill in a description of the problem.

It looks like Google is going to make recommendations for books when they are mentioned in videos. There's not much to explain this feature quite yet, so I'm imagining quite a few ways for something like this to emerge. My first thought is that this will harvest recommendations made in YouTube videos and carry them over to users.

On the other hand, we all know the book was better than the movie, right? At the very least, many movies are based on books, especially in the last few years with the rise of young adult phenomenons like Hunger Games and Twil.... ehh, nope, not even gonna say the name. If the movie already has you hooked, why not check out the book and get the full, unedited story? Alright, so I'm taking a bit of a leap with this angle, since the small amount of text points to books that are mentioned in a video, not books a video is about, but I know that has been a good marketing tool for books in the past.

This actually isn't the first set of strings with this purpose, there are also a couple more that focus on articles instead of movies. I've never seen these pop up in the app, but it's possible they are collecting usage data from places I don't use with enough frequency, or maybe I just don't read enough articles about books.

Samsung is beta testing Samsung Pay for the Gear S2