The original ZenFone would be two years old this month, but I doubt many of them are still in use. It was highly anticipated before release, and widely panned shortly thereafter. I have friends who bought the first generation ZenFone, and the issues were obvious right from the start: the battery couldn't last half a day, the UI was clumsy and unresponsive, it got so hot you could barely hold it, and the build quality and design really weren't up to par.

A lot has changed in the last two years. The ZenFone 2 was well-received by our team and continues to be a good buy for the price. But ASUS has been hard at work, and I am happy to tell you that today, the ZenFone 3 is getting me that much closer to smartphone Nirvana: a good phone, and it's cheap. Doesn't look too bad, either.

There are a lot of models to choose from in the new ASUS ZenFone lineup. Six, actually; or seven, if you count the ZenPad 3. The mid-range "vanilla" ZenFone 3 hit the shelves in Taiwan a couple of days ago, and I picked one up to replace my aging Sony Xperia ZL. I was torn between the 5.2" ZE520KL and the 5.5" ZE552KL, but eventually decided on paying the extra $60 and I'm glad that I did. Let me cut right to the chase: everything that was wrong with the ZenFone 2 Laser from our previous review has been fixed with the ZenFone 3, and then some. Well, almost everything: the software bloat remains.

If a phone falls in the woods with no-one around to hear it, does the screen still crack?

This phone is slippery. It's glass on both sides. The ring around the edge is smooth but ever-so-slightly-rubberized plastic. I really think ASUS should have gone for a more tactile plastic instead of the glass, or at least something more grippy around the outside. I guess it looks and/or feels more premium with glass, but it just doesn't make any sense. Thankfully, I bought a case together with my phone, and I strongly advise you to get one. If you just want a rubber bumper case, that would be fine. I went for a 3rd party flip case. ASUS is making their own flip case for this phone, but it's more expensive. Apparently you can see the clock through a circular cut-out on the front, a feature that I don't really care about.

But before you tuck your phone into its case, and before you smudge your grubby little hands all over this fingerprint magnet of glass, take at least a little while to admire it - it is actually quite good-looking. The buttons on the right side of the phone are very tactile. They're raised enough and patterned enough to be obvious, and very satisfyingly clicky.

The fingerprint reader placement is also pretty good, but it's almost a double-edged sword. Without a case, the placement is perfect. With a case, or at least with my thicker 3rd party flip case, you end up trying to stick your finger in the cut-out to hit the fingerprint reader just right. It feels rather clumsy. Surprisingly though, it works. My fingerprint works about 9 out of 10 times, and I'm still getting used to it. 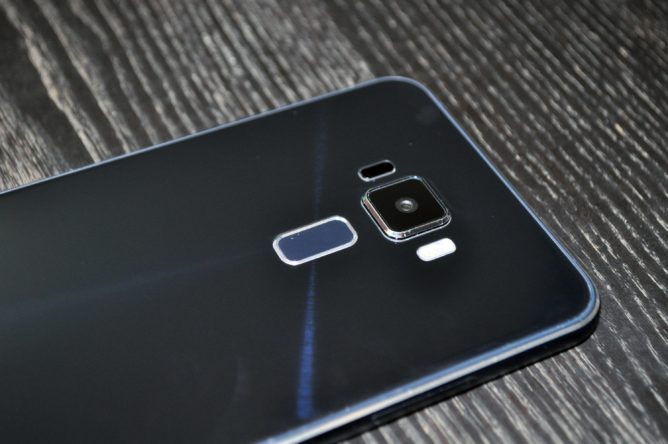 Size-wise, this phone is big - for me. If you're used to 5.5" phones or larger phablets, it's probably nothing new, but I'm coming from a 5" phone with soft keys. The extra half-inch of screen size, combined with the capacitive buttons being below the screen rather than at the bottom of it really makes a difference. It is just barely possible for me to reach either the bottom row of capacitive buttons or the notification bar without feeling like the phone is going to pop out of my hand. I'm glad I didn't wait for the 5.7" Deluxe model. This one is big enough, and I've got big hands.

The rest of the phone is pretty straightforward: ZenUI: Clean, straightforward. Very Zen. (Except for the bloat.)

So the first thing to do when you get a ZenFone is open up your app drawer, tap the menu, and tap Uninstall. Then you can uninstall or disable any apps you don't want with a single tap & confirm dialog.

The pre-installed apps for the Taiwanese version include: Amazon Kindle, a couple of Taiwan-specific shopping sites, Yahoo Auctions, Puffin Browser, Instagram, a Taiwan game app store and some games (Need For Speed & The Sims). There were 8 of those in total, which I removed.

Here is a list of all of the included ASUS Zen apps:

I've disabled all but 10 of those. Curiously, when using the ZenUI home screen, the phone, camera, and a couple of other Zen apps always display in Chinese even with the device set to English. The English names show up if I switch to another launcher. 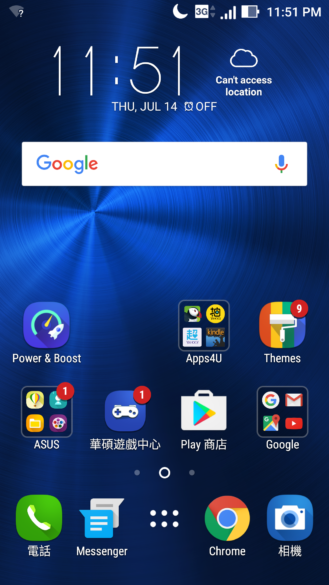 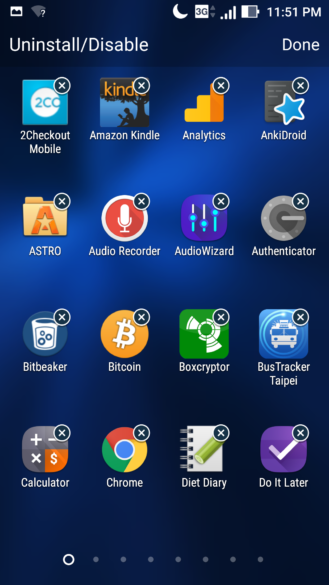 Note: some of the apps in the screenshots were installed when I synced my Google account.

One of the things I like about ZenUI is the multi-purposing of various buttons. Smartphones generally don't have more than a couple of buttons, but the whole idea of Zen is that sometimes less is more. Here are some shortcuts I've found to be useful:

The are even a couple of "ZenMotion Motion Gestures" (yes that's what they are called on the phone) you can do without touching the screen. For instance, when you get a call, you can turn your phone face down to silence it, or put it next to your ear to answer.

Mobile Manager, ASUS's version of an Android housekeeper, does a really good job of cleaning up all of the mess and gunk that builds up on a phone over time. From one app, it is super simple to clean up apps that spam your notifications, apps that start on boot, apps that take too many permissions, or apps that eat too much mobile data. You get fine grained control over all of those things in a very intuitive interface. It also has a "speed boost" app that supposedly clears your RAM. You should not use a task killer on Android, but since many people don't know any better, maybe at least including it with the phone will prevent people from downloading one of the junk, spyware-like versions from the Play Store. 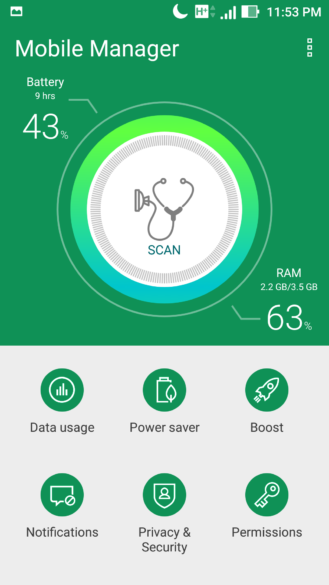 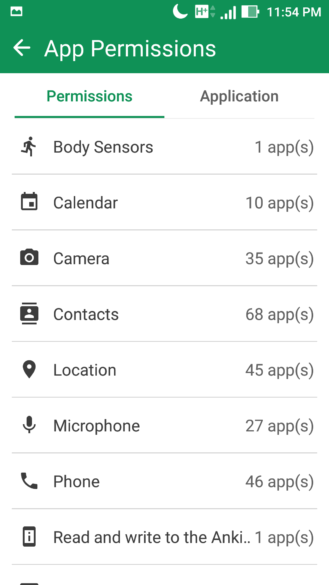 Here are a couple of other cool features ASUS provides that someone might want to know about: 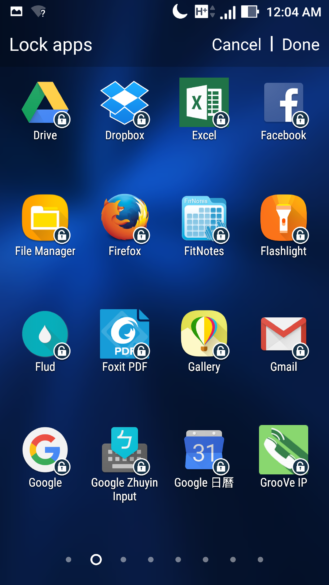 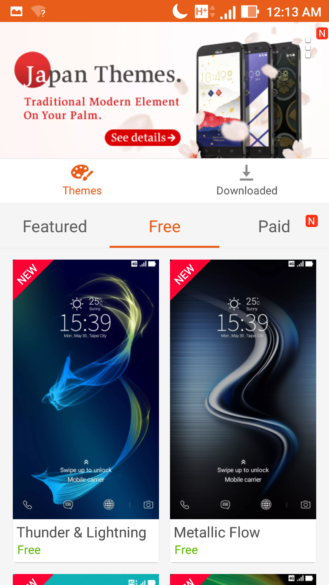 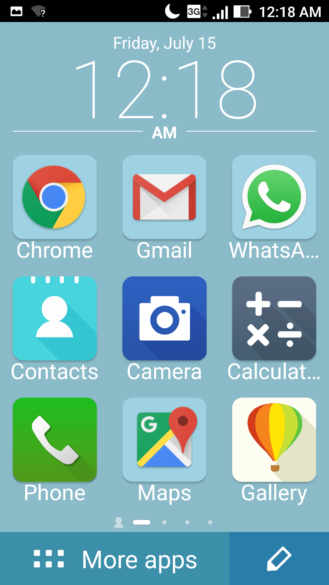 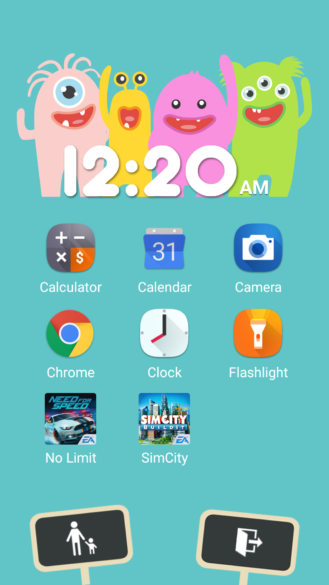 One thing I found rather frustrating was that the quick launch buttons (the ones in the notification shade) are divided into two sections, labeled ambiguously as "tools" (green) and "items" (blue), and you must have exactly 4 "tools" (one row) and either 8 or 12 "items" (2 or 3 rows). I found that I only wanted 2 of the "tools" but 10 of the "items", which also adds up to 12, but is not a possible choice. This is pretty stupid. 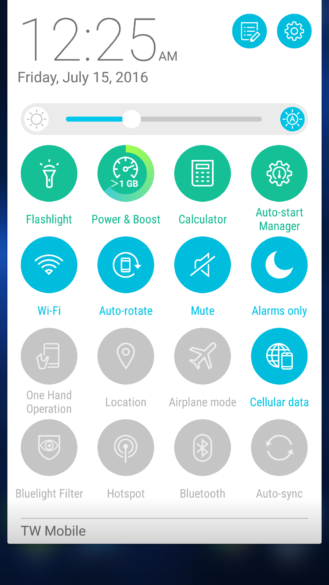 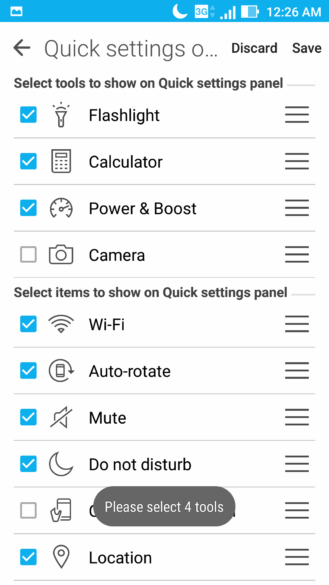 Zenning out with some games

I tried Need For Speed: No Limits and as a (very) casual gamer, I am more than satisfied with the performance of the ZenFone 3. Sure, it's not as fast as the Snapdragon 820 (or now the 821), with undoubtedly slower benchmarks and all of that jazz. But you know what? It runs smoothly without any discernible lag or choppiness, and the graphics look about as good as they get on phones. Good enough for me, and I would say good enough for the majority of casual gamers.

Indirectly related to gaming, there is also a pretty cool feature ASUS has included called Game Genie. As the name suggests, it's meant for gamers, but you can in fact use it in any app. It's essentially just a screencasting tool that allows you to simultaneously record the screen, the front facing video camera, and microphone in a single video. Watch me play Need For Speed:

Note: the slight choppiness in the video is not there with Game Genie turned off - I guess the graphics rendering struggles a bit while simultaneously recording the screen and front-facing camera.

I stopped by the local zoo to test out the camera, and I'm very happy with the performance for the price of this device. Manual focus, exposure, and shutter speed definitely allow for some better looking pics than the auto mode, although auto is OK for a quick point and shoot. One thing is noticeable about the camera immediately: it's fast. For the autofocus and for the actual image capture; both feel very, very fast. You can even shoot in rapid fire succession and sort through your pics afterwards to find the best ones, I got up to about 15 photos before the camera app finally paused for a moment to work on the processing. After 1-2 seconds it was ready to go again.

Night time pics are not great. There is a lot of blooming, and backlit signage is practically invisible. The picture looks a bit grainy as well if you zoom in, presumably because of the higher ISO setting. Daytime pics, however, look really good. These pics were taken "mostly auto," i.e., in manual mode but with most of the options set to auto. You can see in the filename whether or not the photo was taken with HDR mode on (if the filename ends with "HDR_On"). The video camera records in 4K, and the clip below was shot in full auto mode and uploaded directly to YouTube. ASUS ZenFone 3 ZE552KL
7.3/10
design and build
6/10
screen
7/10
audio
6/10
camera
7/10
zenui skin
8/10
price
10/10
Overall, the ZenFone 3 is an excellent mid-range, mid-2016 smartphone. The low points for me are some aspects of the design, the audio quality, and the software bloat. The high points are basically everything else: it's fast and smooth, the screen is bright (but could be better in direct sun), the camera shoots 4K video, and some of the ZenUI apps are actually useful. Best thing about it? It's only $250-300, unlocked.

I would definitely recommend this phone to someone who is not a phone snob, but who would appreciate a quality phone at the right price. I almost never buy phones that have just been released as the prices drop so quickly, but the ZenFone 3 was cheaper than almost anything comparable, even against other phones that have been out for 6 months or a year already.

It will be important to see how the ZenFone 3 holds up after a few months of daily use, and since it was just released we really have no way of knowing. But I am keeping my fingers crossed. While it hasn't brought me directly to Phone Nirvana, I've been pleasantly surprised by the Zen of the ZenFone 3.

Come on down, Canada: you're the latest country to get Pokémon GO