If your company uses Google apps to manage email, contacts, cloud storage, and all the other stuff that Google Apps for Work does, then you'll want the latest app in the collection post haste. Springboard is a sort of universal search tool for all the stuff that accumulates in Google Apps, plus a handy agenda view that shows everything new on the company account. Unfortunately it's in an invite-only stage right now, so even if you use Google Apps for Work, it may still be inaccessible.

Springboard is fairly simple. Once users get past the agenda screen, tabs separate the various apps in Google's business-friendly pantheon, including Gmail, Drive, Groups, Docs/Slides/Sheets, Calendar, and Contacts. Searches can be made on the "All" tab to get all relevant results, or in specific tabs for limited results within the corresponding apps. A few basic filters are offered on the All tab and perhaps others, though we haven't been able to try out the app for ourselves.

Early reviews in the Play Store are mostly positive, though a couple of users are lamenting the lack of support for multiple Apps for Work accounts. Hopefully Springboard will get a wider release sooner rather than later. 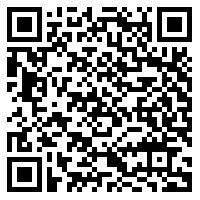 ZenFone 3 review: Zen and the art of great midrange phones