Unless you're a dedicated aficionado of rare and indie comic books, you might not have heard of The Adventures of Dog Mendonça & Pizzaboy. It's a much-loved little series that combines a sarcastic version of noir storytelling with urban fantasy - think Harry Dresden meets Monkey Island, and you're about there. Originally published in Portugal before getting an English release via Dark Horse, the series spans three volumes and a short story. Now fans can also dig into a standalone adventure game as well.

The adventure game version of Dog Mendonça was written and illustrated by the same team that produced all of the comics, so fans should be assured of an authentic experience. Players are tasked with helping the titular detective duo to solve a supernatural mystery on the streets of Lisbon. The story is new and features cameos from some fan-favorite characters like Pazuul and Gargoyle, and the art and animation matches the exaggerated style of the comics perfectly.

Dog Mendonça was released for the PC a few months ago, and developer Deep Silver has a reputation for solid mobile ports. It helps that the basic investigation and puzzle gameplay doesn't require anything too fancy in terms of mobile controls. The game is $5 for the complete story - no chapters, no ads, no in-app purchases. 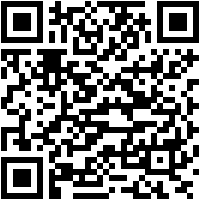