You and your girlfriend are exhausted. You've been engaged in a vigorous physical activity together for the past two hours and you are both nearly spent. No, you haven't been doing that (guys, I'm a tech blogger, not a romance novelist), you've been playing Pokémon Go! Earlier this morning you read on Twitter that someone had found a Zapdos near the top of ol' Benson Hill and you've been climbing and searching ever since.

The summit is in sight, and soon the reward for all your efforts will be attained! Just then, you notice that there's a problem. Your Nexus 6P and your girlfriend's HTC 10 are both below 5 percent battery life. NOOO!!! You foolishly wasted all your juice capturing wild Rattatas and Digletts during the ascent. It seems your pain and sacrifice will have been for naught.

You both need to charge your cell phones, and charge them fast! But what device could possibly rapid charge a Nexus and Quick Charge an HTC 10 at the same time while you're tromping around in the middle of a forest infested with virtual Pokémon? Tears begin to well in the corners of your girlfriend's eyes as she is stung by the bitter bite of failure. You feel your soul begin to die.

Just then, another Pokémon trainer catches up to where you are stopped on the trail. Seeing the tears in both your eyes and the cell phones in your hands he instantly surmises what the problem is. With a smile and a flourish he pulls from his pocket just the escape rope you need to escape your plight... a Tronsmart Presto! 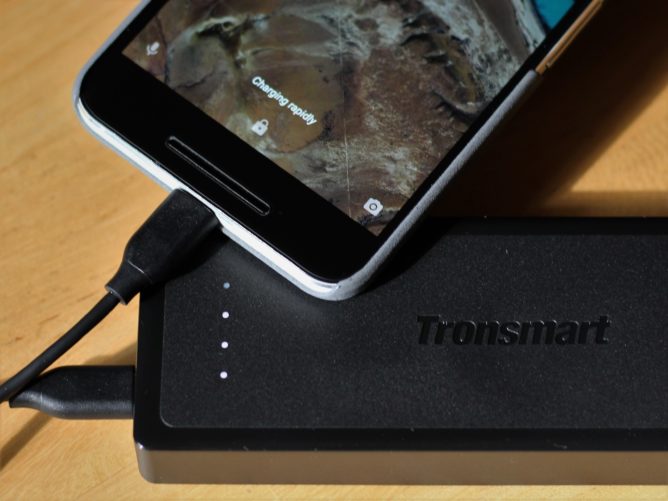 What's that? You don't know what a Tronsmart Presto is? Well, let me tell you. It's a spec compliant 12,000 mAh power bank capable of charging Nexus devices, phones with Qualcomm QC 3.0 support, and just about anything else. I've used one for the past couple weeks and I'm quite impressed with it.

The Presto has similar build quality and materials to the other Tronsmart charging devices I have tested. The plastic covering most of the battery has a smudge-resistant matte surface with some smooth, shiny bits added in for visual contrast. There's really nothing exciting about the design —it's just a big plastic rectangle– but it doesn't look bad and gets the job done.

The two ports of the Presto are both at one end of the device. The USB Type-C port is an in/out port and is used to both charge other devices and the battery itself. The port does not have Qualcomm QC 3.0 support, but that is probably a good thing since QC 3.0 over USB Type-C is a violation of spec.

While QC 3.0 is not available from the Type-C port, it is available from the second port, the one that is USB Type-A. The Type-A port is also compatible with QC 2.0 or 1.0 devices and will intelligently adjust its charging speeds for any other USB powered gadget you connect to it.

Both ports work just as advertised, the QC 3.0 port refills my wife's Sony Z3 at the same rate as a QC wall charger and the same can be said of the Type-C port and my Nexus 6P. With a full charge, the battery was able to refill my 6P just over two full times. The Presto itself refills in about 6 hours when using a wall charger with 5V 3A output. The ports also make nice snug connections with cables; strong enough that I can lightly swing the battery by the connected cord without it coming loose. 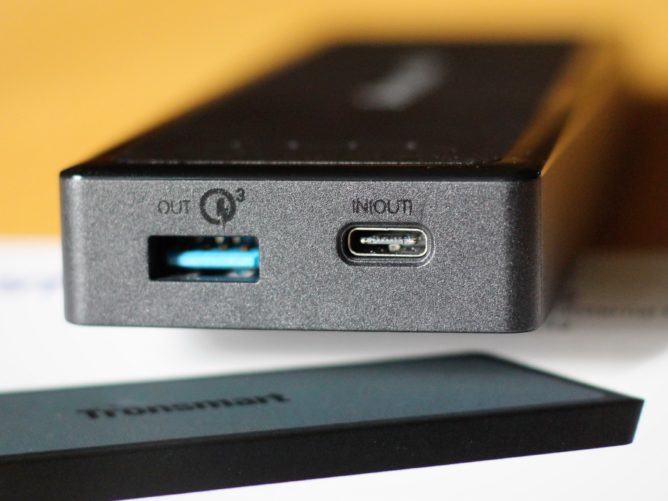 Besides the ports, the only other parts worth mentioning are a power button on the side and a line of four white LED lights across the top to indicate the battery's current charge level. The lights are just barely bright enough to be seen in a bright room, and that's fine by me. I hate having devices with super bright LEDs in my bedroom at night-time, so the dimmer the better. 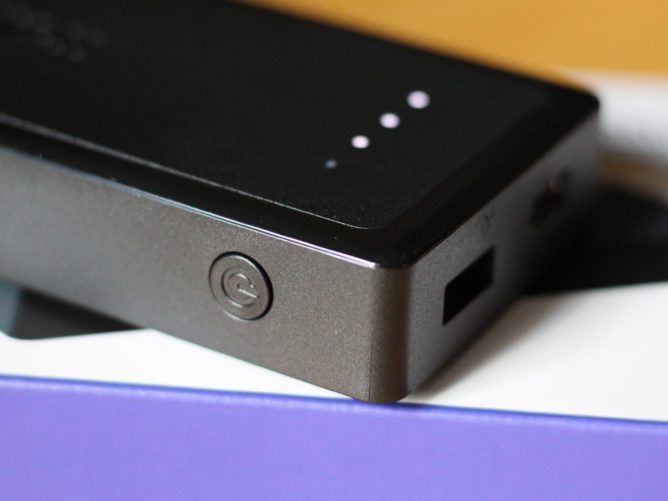 That's pretty much it guys. It's a battery that is capable of quickly charging whichever current gen Android device you throw at it and doesn't break USB Type-C spec. Win!

The Presto sells for a very reasonable $35 on Amazon. I asked Tronsmart if they would be willing to offer coupon codes for our readers and they were nice enough to comply, giving me codes to share to take 20% off, which brings the price down to $27.99. That, my friends, is a great price. They even gave me a 20% off code for readers in the UK which reduces the price there from £22 to £17.60. Here are the links and codes. They are good through the 20th.

Oh, and I suppose you are wondering how the story above ends. Well, thanks to the Presto you and your girlfriend were able to charge your phones to 30 percent in just a few minutes, enough to continue your adventure. With your devices charged you crested the hill to discover...

I'll let you finish the rest of your story in the comments below.