The dating simulator genre is still somewhat niche, so here's a quick breakdown if you haven't heard about it. In a typical anime-style dating simulator, you play as a young man or woman (often high school or college age) looking for love. This usually means talking to a bunch of different characters and potential romantic interests in branching dialogue. It's like an old-school adventure game, but the stakes are your love life instead of saving the world. Hatoful Boyfriend [sic] is like that, except that all your suitors are pigeons.

Yes, in this game you date birds. And not because you're role playing as a bird yourself - no, that would make too much sense. You're the only human student at a high school for pigeons and doves, and your goal is to find a dreamy feathered dude to spend the rest of your life with. (The player-protagonist is female, but feel free to imagine yourself as engaging in some male human-on-male bird-romance - we won't judge.) Each potential suitor is introduced with photos of the bird in question... plus an anime illustration of what they'd look like if they were human. You know, just in case you need it. Schmooze one or more of the distinct birds to win, or fail and doom yourself to lonely spinsterhood.

There's no Android trailer yet, but you can get the gist of the game from this PC trailer.

Hatoful Boyfriend got its start as a text-only adventure game before being given a full graphical release on the PC, and now Android. (The publisher Devolver Digital has released many of its Steam hits on the Play Store.) Though the setup is insane, as are many of the storylines and the romantic conclusions, the actual structure of the game is more or less the same as any dating simulator. You can pursue your lifelong friend, the school's track star, or the popular hunk among others, and which one you choose and how you react to their behavior will determine the unfolding conflict and romantic resolutions. Though Hatoful Boyfriend plays it straight, it serves as a parody and dry criticism of the dating simulator genre as a whole.

Quick pause: we're still talking about dating birds. Everybody got that? Okay, moving on. 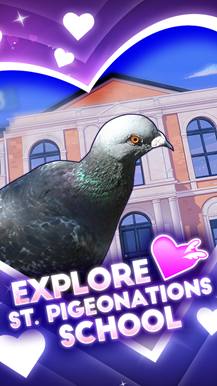 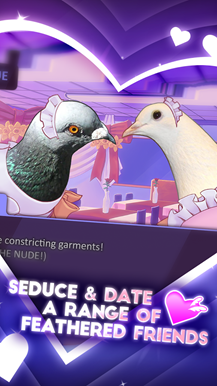 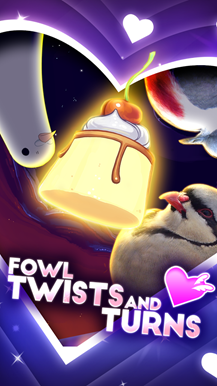 PC players have praised Hatoful Boyfriend since its release two years ago. Those who are familiar with the genre should get a kick out of the subtle satire, and even if you've never played a dating sim before, the goofy premise and storylines should hold your attention. Getting through the game takes only a couple of hours, but replay value comes from trying to tie the knot with the various bird characters. Hatoful Boyfriend is $5 (with no ads or in-app purchases) on the Play Store, half of its current price on Steam. 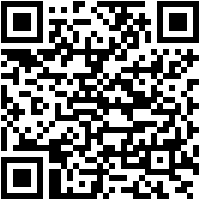