Motorola has already announced updates to its 2016 flagship (Moto Z) and mid-range (Moto G) devices, and now the entry-level is getting some attention too. The 2016 update to the Moto E is now official with a larger 5-inch display and an approximate release date of early September in the UK.

There are still a lot of details missing with regard to the hardware. We know the Moto E 2016 will have a 5-inch HD (presumably 720p) display, whereas the 2015 model was 4.5-inches. The battery is 2800mAh. It will again have a quad-core SoC, but we don't know which one. RAM is also not mentioned—the 1GB of RAM is really what held the 2015 Moto E back. Well, that and the lack of software updates in the US. This phone ships with Marshmallow. 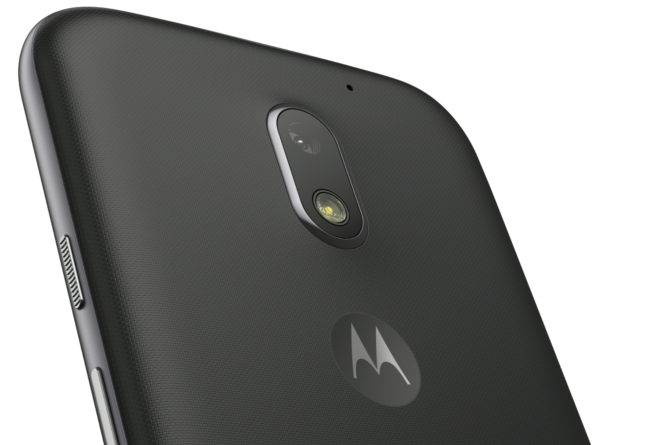 The new Moto E looks very similar to the Moto G, right down to the textured back and oval-shaped camera module. The camera is 8MP this year, up from 5MP last time. There's also a flash, which was missing from the Moto E 2015. So far, the Moto E is only official for the UK, where it will retail for £99 (about $132). That's more than the $100-110 price of the 2015 phone at launch. We've reached out to Moto to see if there are any additional details for a US launch.

Probably not coming to US

Motorola has clarified launch details for the Moto E, and it sounds like there won't be a US release at all.

Today Moto E was announced in the UK. In the U.S., we will be focusing on the Moto G Family and don’t have any news to share about Moto E.

There's a little wiggle room, but I think the Moto G is going to be the cheapest Moto phone US buyers have access to.