Pokémon GO version 0.29.2 is available for download now, and adds support for Android N and Intel x86 hardware. Those are the most important changes - but another one quickly struck me after I updated my app: my Pokémon historical capture maps are now much less precise and accurate. Let's go side by side - below you can see two screenshots, with the one on the left being version 0.29.0. On the right is the same screen on version 0.29.2, released for Android today. The difference should be pretty obvious. 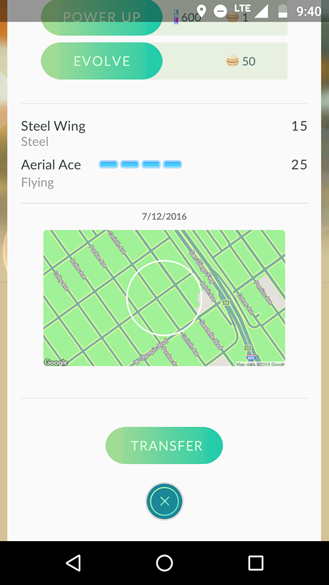 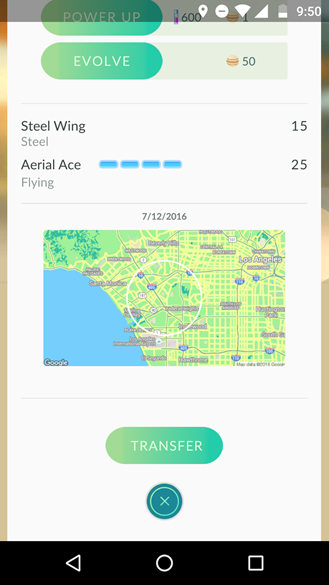 The map on the left shows a very, very precise capture location for my Pidgeotto - within a couple of city blocks, essentially. On the right? It's not even close. The circle's diamater is now four or five miles, and the center of the circle is a solid two to three miles from the actual capture location, too.

So, why would Niantic change this? I've reached out for comment, but my strong suspicion is that this has happened for one of three reasons.

First, it may have been implemented as a safety feature. Niantic and Nintendo have received considerable press about how GO might have implications for the safety of children (and adults!), and sharing the capture location of a Pokémon on social media inadvertently or intentionally with such precision could be tantalizing data for stalkers, would-be muggers, or sexual predators. I'm not saying that's likely to happen, but any time someone shares a place they've been walking around out in public on the internet (especially frequently), there's a sense that maybe an app shouldn't be facilitating it with such exacting precision. I think this is equally as likely as an explanation as the next option (it could also be both).

Second, this could be a way for Niantic to simply reduce the chance people will game the system by sharing precise Pokémon spawn location coordinates. This seems very plausible, if not even more likely, than the "safety feature" explanation. If players start building spawn maps, exactly the sort of thing dedicated gamers would do with something like this, it could compromise the fairness and spontaneous nature of the game. (I'd argue that tightly clustered Pokéstops and lure spam basically already do this, but whatever.) While players could still theoretically build their own maps, not having that information literally stored in the game does mean an extra step in recording it for such a purpose.

Third? It could just be a bug. That seems a bit unlikely to me - that would be a very, very odd bug - but it could happen. I tested with a capture on the new version this morning, and both old and new Pokémon, alike have the zoomed out map view for me.

Anyway, I thought it was interesting, and that I'd share what I'd noticed.