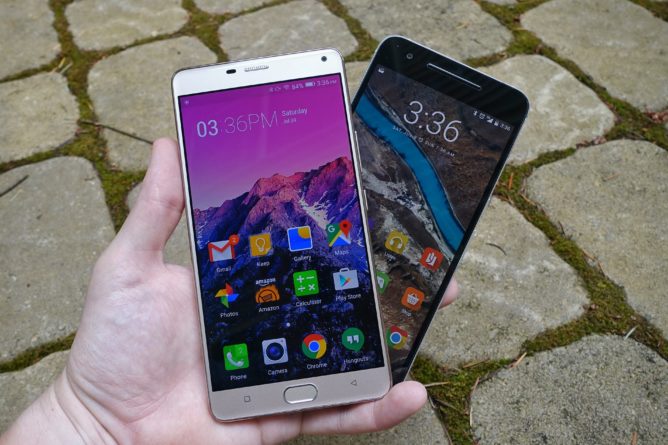 Since I use a Nexus 6P as my daily driver and it's another huge Android device I've decided to use it as a comparison for this article. It should help you gauge the size of the Energy XL.

This is a big ol' slab of a phone. With a 6 inch screen and capacitive buttons I expected it to be a lot larger than the Nexus 6P. Surprisingly, it is only a hair taller and a couple of millimeters wider. In hand, it feels very similar to the 6P, thanks to a nearly identical metal band that encompasses the phone, complete with chamfered edges. It's nearly 30 grams heavier than the Nexus, but the weight is evenly distributed and the increased heft is hardly perceptible.

The glass on the phone's face is slightly rounded, sloping down to the edges of the device. While the screen is 'just' a 1080p panel, it looks lovely to my eyes. The colors are vibrant and punchy, and, as an AMOLED device, blacks are luxuriously dark. From more than 6 inches away it looks every bit as good as the screen in the Nexus 6P, which shouldn't be surprising since both of the panels are sourced from Samsung. 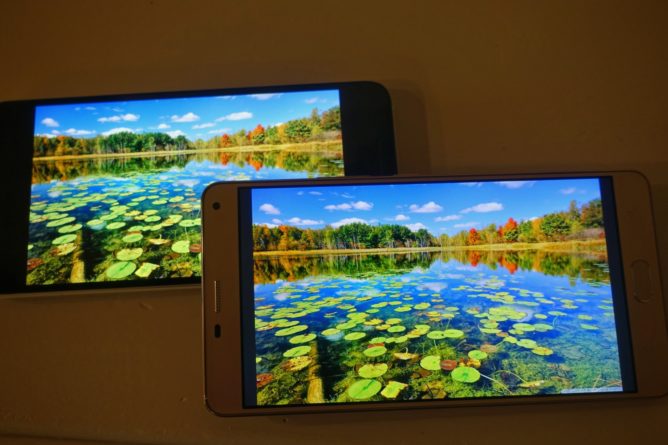 White balance and color balance are almost identical between the two phones.

The screen gets plenty bright to be read outdoors and dims super low, which is perfect for late night reading. It's only .3 inches larger than the panel on the 6P, but with the buttons moved off the screen to the bezel, it feels a lot larger than that. All told, this is a fantastic display, especially on a $300 device.

Below the screen a home button doubles as a fingerprint reader, which, by the way, is very fast and accurate. Capacitive buttons sit at either side of the home button, with the back button on the right. That took a little getting used to after 3 years with a Sony or Nexus device, but will feel normal to anyone used to a Samsung phone.

While the arrangement of the buttons may be the same as Samsung's phones, they are not back-lit like the Galaxy series, which makes it impossible to see them in low light. That, combined with the backwards placement, had me hitting the wrong button a lot my first week with the phone. Though, eventually, I did get used to it.

The back of the phone is an expanse of aluminum with plastic caps at the top and bottom which house sensors and antennas. A single loudspeaker lies near the bottom and the very slightly protruding camera module is at the top. The speaker is not as loud as the dual front facing speakers found on the 6P and is pretty tinny, with almost no bass presence. 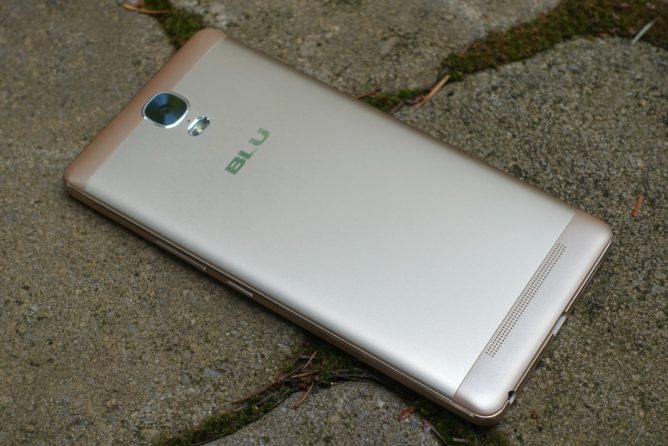 The plastic pieces at the top and bottom are more copper-colored than the gold back plate. I think it looks nice.

The USB Type-C port and headphone jack are found at the bottom of the device – the top is entirely bare. The dual SIM slot near the top on the left side of the phone, the Micro SD card tray is similarly placed on the right. The volume rocker and power button are located about a little more than halfway up the right side of the device. They are raised just enough to be distinguishable and have nice clicky feedback. The BLU Energy XL runs a heavily modified version of Android Lollipop. Yup, Lollipop, when Nougat is just a couple of months away from launching. The rep at BLU told me that the XL will be getting Marshmallow by the end of the year, but it's a let-down to see a brand new phone launching with year-old software.

Cam covered BLU's latest software in-depth in his article about the BLU Vivo XL so instead of rewriting his already thorough review, I'm just going to point out a few things I like about BLU's take on Android and a few things I think are kinda weird. Let's start with the odd. 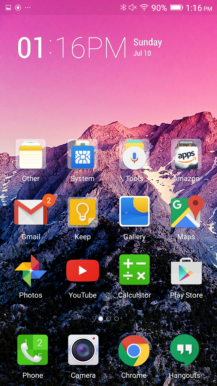 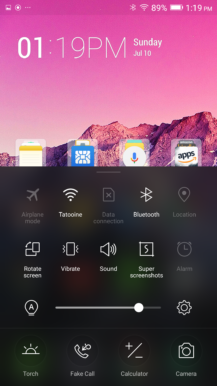 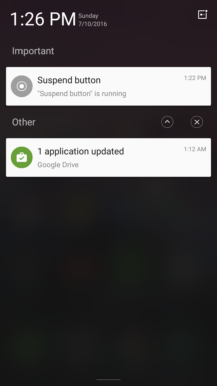 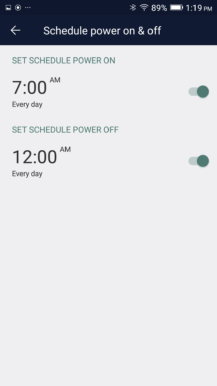 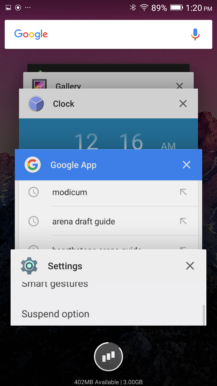 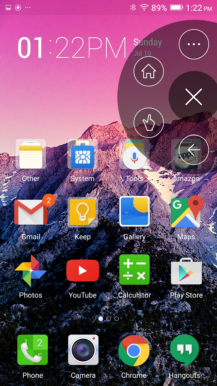 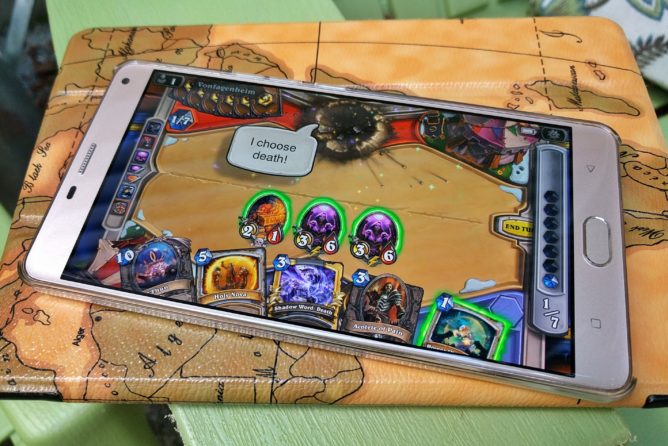 There may be some quirks in BLU's software, but at least it is stable. I can only recall 2-3 occasions in my time with the phone have I seen an app force close, which is impressive considering Hangouts force closes on my 6P at least once a day.

The XL is also a pretty snappy device. Apps may open a touch slower on it than the 6P, but the difference is barely noticeable. I didn't benchmark it, because I think benchmarks are silly (they have never impacted my decision to buy a device), but I imagine its scores are similar to the Vivo 5 since they both have the same processor and 3GB of RAM.

I didn't experience any appreciable delays when switching between apps and the XL plays games like Hearthstone and Riptide smoothly. The phone hardly heats up at all when running an intense application. In fact, I can't recall it ever being hot, and it takes a lot of stress to make it warm up at all.

There are a fair amount of pre-installed apps on the XL. They are mostly Google apps, along with a few Amazon apps, and some other odds and ends like a picture gallery, note taking app, and some theme/customization apps. A few can be deleted by the user and with 64GB of built-in storage and a MicroSD card slot capable that can handle an additional 32GB (I don't know why only 32GB, that's pretty low), you really won't have to worry about bloatware filling your phone's storage.

While the screen and build quality are both very good on the XL, the main selling point, in my opinion, is its remarkable endurance. This is, by far, the best battery life I have ever had on any Android phone I've used, and I don't say that lightly. The gargantuan 5,020 mAh battery paired with the power efficient AMOLED screen and efficient, if perhaps a bit under-powered, processor combine to create absolutely epic stamina.

I didn't run any specific battery run down tests, but let me tell you in real world terms how excellent the battery life is on the XL. I am an extremely heavy phone user, with 3-4 hours of screen-on time a day. The only Android phone I have ever owned that could make it through an entire day without having to recharge is the Sony Z3.

On a typical day I hit 15 percent battery on my Nexus 6P by about 5pm, about 10 hours after taking it off the charger. The BLU Energy XL would routinely last over four times as long, going an entire day, night and well into the evening the next day. BLU's marketing material states that the phone can last three days. For a power user, maybe not, but for a light to moderate user I think that is a realistic expectation.

The camera on the BLU Energy XL is ok, but not great. Two years ago I probably would have thought it was pretty good, but cameras in Android flagships have really improved over the last couple generations of devices and it takes a lot to impress me anymore.

I took some pictures with both the 6P and XL for comparison. The first image in each pairing was taken on the Energy XL, the second on the Nexus 6P. As you can see, colors are a bit more muted and much cooler on the XL. Zooming in on the images also reveals that the images are not as sharp, blurring fine details. In adequate lighting the photos are ok, but in moderate to low light (the last 2 images were taken in low and moderate light, respectively) the camera struggles.

Video capture is not great on the XL. Videos have a fair amount of noise and distortion. Light changes cause jagged steps in brightness correction and rapid motion of the subject or camera can cause dropped frames. The phone is also not able to shoot in 4K or able to capture slow motion video, which is a bummer if you use those features.

With some touch up in Snapseed the phone is capable of producing some decent looking photos in ideal conditions, but I wouldn't say that the camera is a marquee feature of the XL. 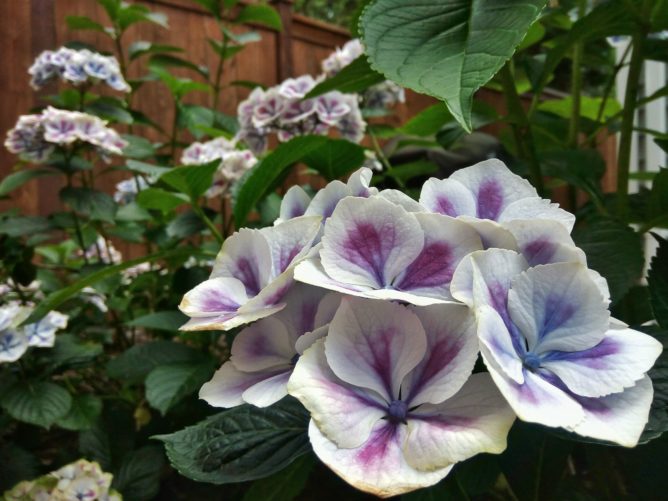 With a little color and brightness correction the XL is capable of producing a good picture. 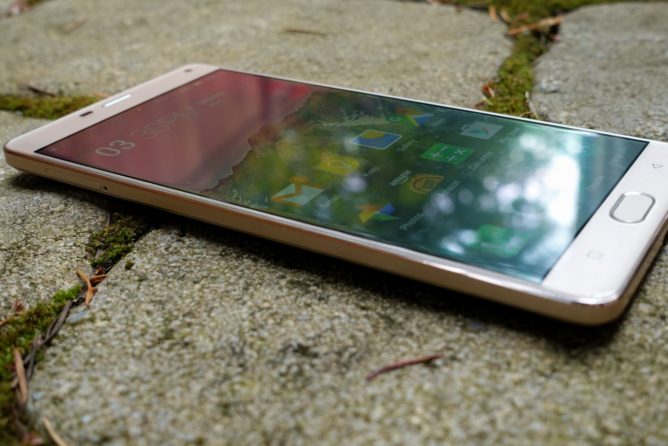 For $300, the Energy XL is a lot of phone. With double the storage of most flagships, a gorgeous screen, and incredible battery life, there are quite a few things that make this phone worthy of your consideration. I wish there weren't as many missteps, like the outdated OS, missing NFC, and mediocre camera performance, but I think the pros will still outweigh the cons for many Android users.

The bottom line is that no phone is any good once the battery dies. If longevity and a massive screen are your biggest concerns when shopping for a device, and you can overlook its quirks, then add this big boy to your list of phones to consider. It's available for purchase now at Amazon in gold and silver for $300. Questions? You know where they go.