Over the past couple of days, I've been trying a new Android launcher called ASAP. Although I am not sure the name fits the launcher well, or is appropriate enough for my use — after all, I have perfected Nova's folders to my habits — I do appreciate several of ASAP's features and think it could be a great fit for many users.

What you need to know about ASAP though is that while it looks like most Android launchers, it doesn't work like them at all. There are no widgets, no multiple homescreens in the traditional sense, no app folders, and not even icons on the homescreen itself. ASAP does away with all of that and focuses on quick access to the app drawer, an expandable dock, and several cards to complement the main homescreen. It might sound horrid to some of you who are accustomed to many of the missing features, but it does work in its own quirky way.

The first thing you'll see when you launch ASAP is the onboarding tutorial that explains a little how the launcher works. Once you're done, you'll be taken to the main homescreen where you will have to grant the app notification access to be able to see music controls, and if you swipe left and right, you'll also have to give it access to your contacts, calendar, and location. But more on these later. 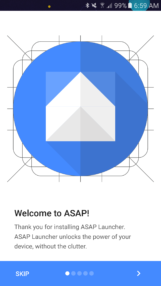 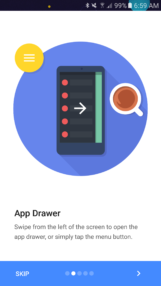 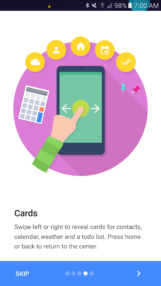 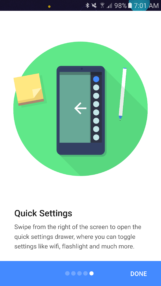 The main ASAP homescreen is simple. There's your wallpaper front and center and a big card on top that shows the date and time, weather, and currently playing music or audio with play/FF/RW controls. The card also houses a voice search shortcut that lets you quickly do searches or issue commands. On the bottom is the dock with 5 apps that can be swiped up to reveal two more rows of icons. 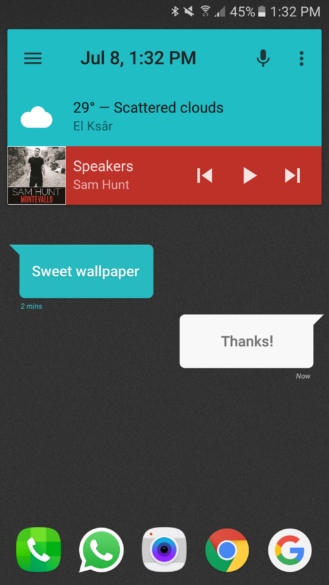 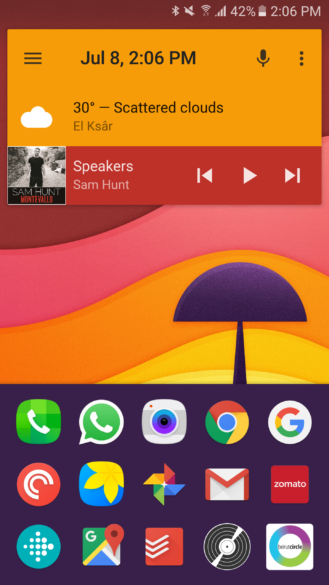 If you swipe from the left edge of the home page, you reveal the app drawer, which is a scrolling list à la Action Launcher. You can search through the list or use the letters to quickly jump to any app you're looking for. 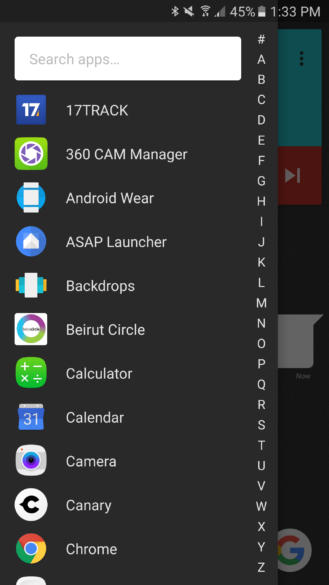 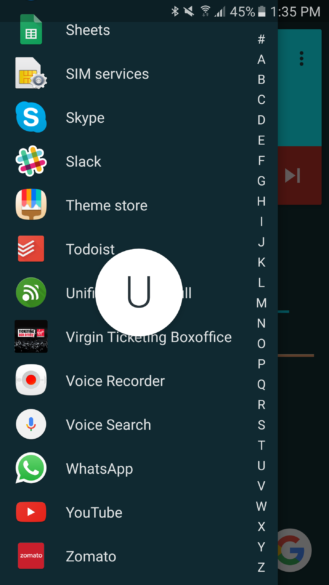 If you swipe from the right edge of the screen, you'll get the quick settings pane, which is a bit redundant in my opinion. It has shortcuts to the phone's settings and plenty of toggles for WiFi, flashlight, screen rotation, and so on that you can already get on most phones from the notification dropdown. There's also an overflow button in the main card that lets you access Search (ie Google Now), ASAP's settings, and your phone's settings. 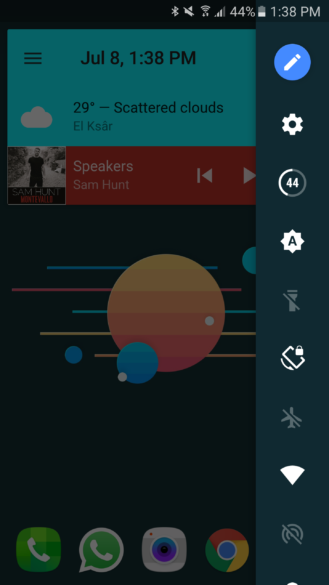 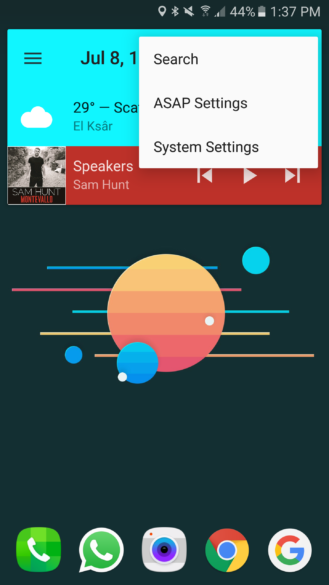 There are no multiple homescreens in ASAP, but there are cards decked to the left and right of the home page. By default, on the right, you have a Calendar card that shows all of your upcoming events and lets you add an event right away, and a Todo list card that manages your tasks. The latter doesn't integrate with Google Now's reminders, which made it completely useless to me. 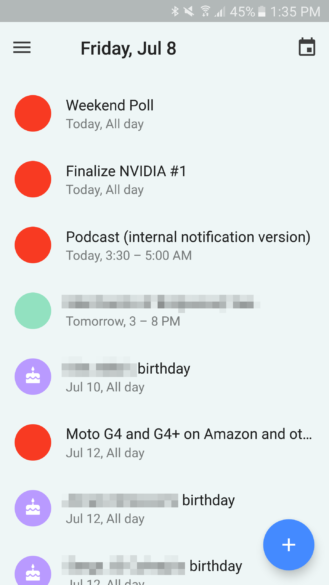 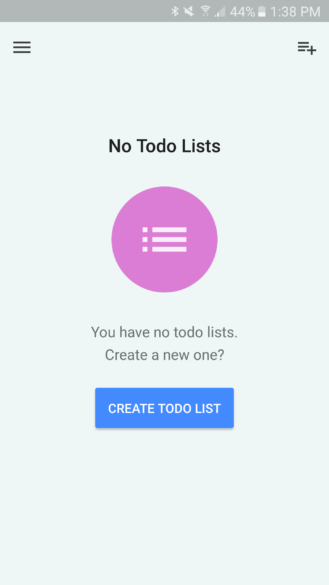 On the left of the main homescreen, you can access your frequent contacts (or recent or starred or all) and launch the dialer or add a new contact, then the weather card for a 5-day forecast. You'll be able to set the location manually or automatically and choose to show the temperature in Celsius or Fahrenheit. 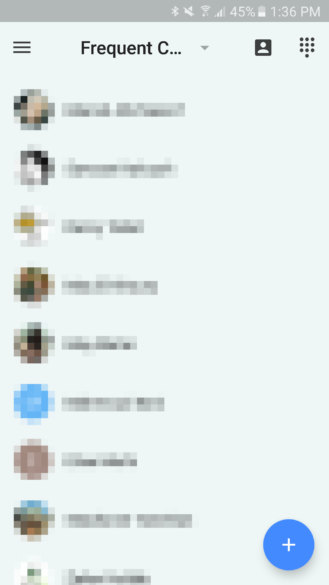 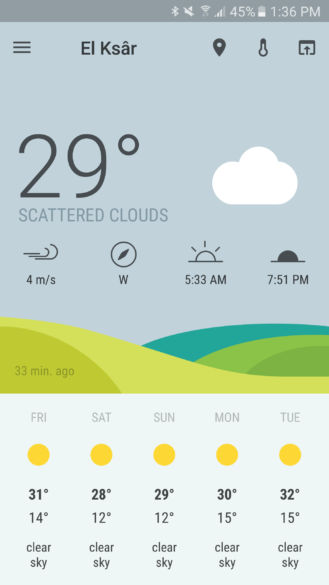 Since there is no way to add any icon to the homescreen itself, the only way to access your most used apps is through the dock. If you leave it be, ASAP will figure out your most used apps and stick them below the 5 main app icons. But you can also manually manage the entire dock.

The first row of 5 apps can be set by dragging any icon from the app drawer to the dock and dropping it in lieu of whatever icon is already there (first screenshot below). The next two rows are managed by long tapping on any app in the dock or the app drawer and then pinning or unpinning them, which keeps them constantly in the dock and doesn't take into account how frequently or recently you have launched them (second and third screenshot below). 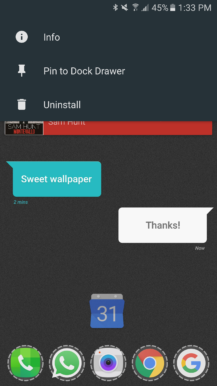 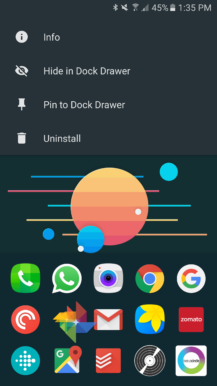 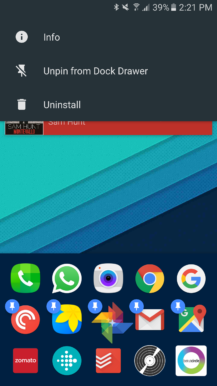 That's basically all there is to ASAP as a launcher: the music card, the expandable dock, the app drawer, the quick settings, and the cards. Taken together, these constitute most of what you would need from any launcher and even its widgets, which is why I said that even though it lacks several features we're accustomed to, its approach eventually works.

There are still a few things to talk about, namely in ASAP's settings. You may have noticed that the screenshots above show different color schemes for several of ASAP's elements, colors that correspond to the wallpaper I'm using. That's because I am using the Wallpaper theme in ASAP's settings. 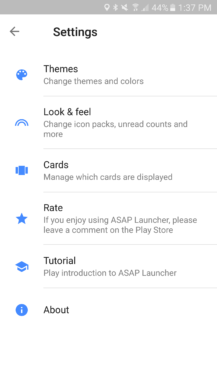 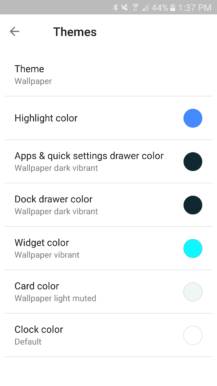 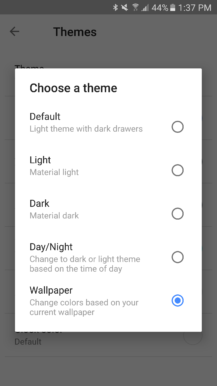 The app has several light, dark, and day/night themes that you can choose from, but the wallpaper theme is the automatic one that uses accent colors from your wallpaper to apply to the ASAP widget, app drawer, dock, cards, and so on. It works quite well and keeps the look of your launcher fresh each time you change your wallpaper. 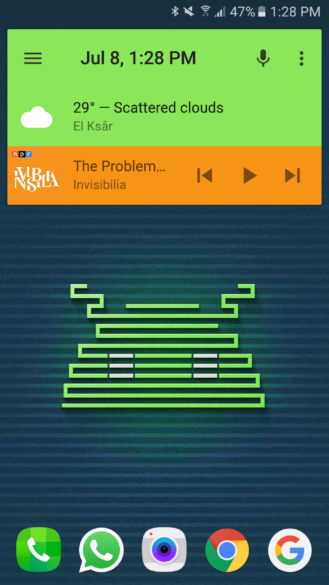 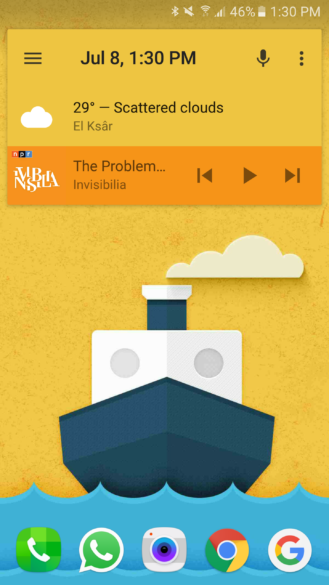 You can also customize a couple of different things about ASAP, including choosing a custom icon pack, showing app unread counts, forcing the screen orientation, and choosing the cards to show and reordering them. It's also worth pointing out that ASAP is optimized for tablets as well, as the hero image at the top of the post shows. 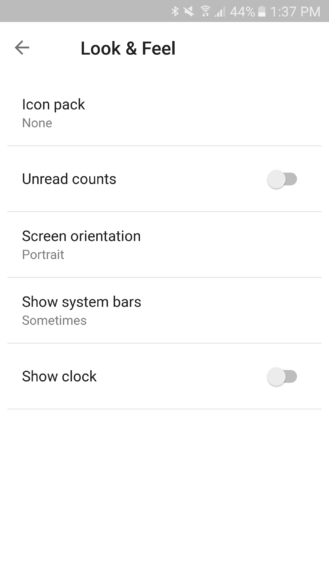 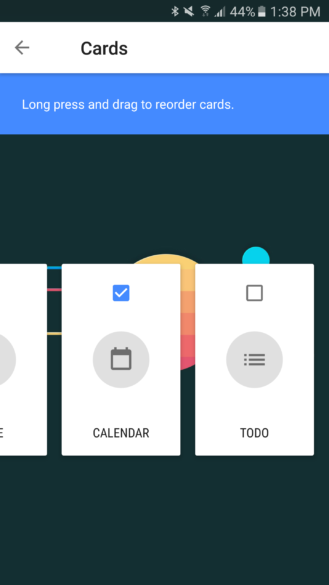 My last few days with ASAP have made me appreciate some of its features like the quick access to the calendar and weather. Unlike third-party widgets, they fit well with the design of the launcher and are hidden away from view but still easily reachable. I could do without the music widget, mostly because I use the notification or my Huawei Watch to control my music or podcasts, but it doesn't annoy me all that much.

The three things that I wish ASAP Launcher has are folders to organize app icons in the dock, gestures (I am so used to swiping down on my homescreen in Nova to drop the notification shade), and icon normalization (have you seen those huge Samsung app icons?). And I'd like the todo card to integrate with Google Now/Google Calendar's reminders, but I am not sure how feasible that is and if there is a public API or not to access them.

These quibbles aside, I recognize that ASAP Launcher is not for me. I have perfected my Nova setup over many years and I am a creature of habit: I can find all my apps with one tap or swipe. Take that away from me and I start panicking each time I need to launch an app. But ASAP is interesting and promising, and it is easily worth the try for anyone who's not completely wedded to their homescreen setup and wants to try something new and different.

ASAP is free to try with IAP from $1.42 to $2.85 to unlock the different features, so you can start by giving it a go and seeing if it works for you before paying for the full unlock. [Update: US and Canada now] Deal Alert: Beautiful puzzler Zenge is down to 10 cents in the UK, ...