We have covered the Amazon Tap, Echo, and Echo Dot before, and even though there are some discoverability issues with finding the Alexa commands you want, we still think the platform has great potential – as long as it can keep up when the competition gets hot.

Among those many voice commands are – naturally – options for buying stuff online through Amazon. If you’ve been holding off on voice ordering, now might be a good time to give it a go. You’ll get $10 off your first purchase over $20 (this deal will work on Prime Day, too), and that includes these items that already have an exclusive Alexa discount, also valid through July 12th:

And for today only (July 8th), you can get an Amazon Tap for $79, that’s a 39% discount - we haven’t seen it for much less than the usual retail price of $129.99, so this is an excellent time to buy if you’ve been on the fence. Hurry up though because it’s only for today, and only while supplies last (“Alexa order an Amazon Tap”).

I haven’t personally used Alexa before, but it seems to me that voice ordering would be more useful for things like refills or when you already know what you want. I can definitely see myself saying “Alexa, order some more toilet paper,” although I don’t think it would show up quite fast enough to get me out of my predicament - at least not until Amazon’s drone delivery service kicks off (we’ve been waiting since 2013, so don’t get your hopes up). I suppose they want to get us used to buying less routine things – I don’t know, do people impulse buy electric griddles and drones? Anyway, a deal’s a deal, so I say take advantage of it while it lasts! 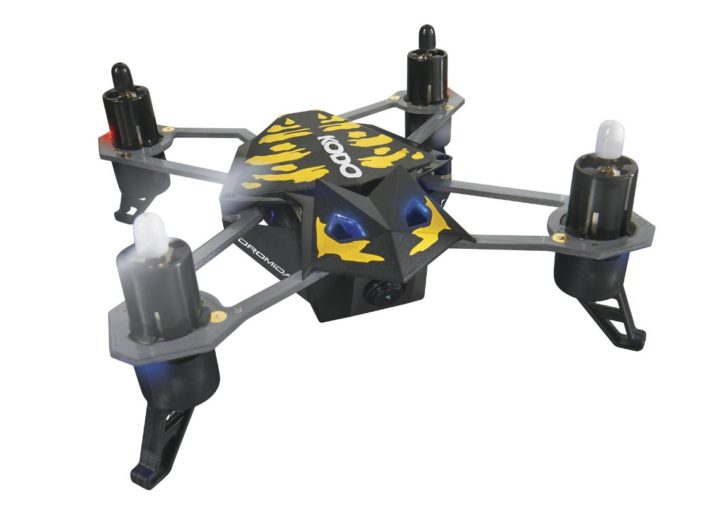 Speaking of drones, I have played around with some miniature quadcopters – not the Dromida Kodo specifically – but they’re lots of fun and if you’ve been toying with the idea, this could be the price to beat. Especially if it’s your first order, since you’ll get $10 off the already discounted price of $25, so $15 for a fully functional drone with built-in video cam. This YouTube review shows off some of the features of this mini quadcopter, the built-in cam feed starts around 8m40s if you want to take a look at the quality – not great, but not bad for just 15 bucks!