Google Now on Tap sounded really cool when it was announced as part of Android M, but the reality of using it has been largely disappointing so far. Google has been adding new features in an attempt to make On Tap more engaging, and today there are three additions. In the latest round of updates, you'll have easier access to translation, content discovery, and barcode scanning.

Google's translation platform already works in Chrome on Android, but what about other apps? Google Now on Tap will now include an option to translate text into your native language. Just open On Tap and look for the new Translate card. It currently only works on phones set to English, French, Italian, German, Spanish, Portuguese, and Russian. 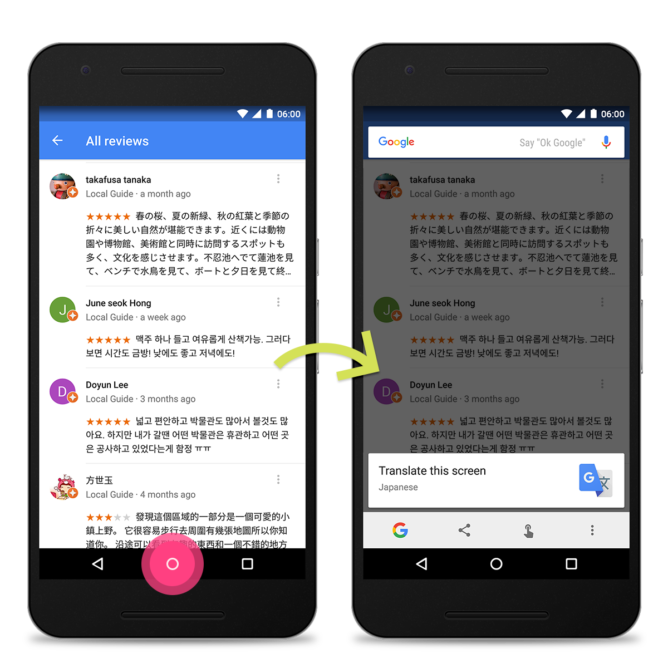 There's also a new button in the list of pre-defined search actions for recognized content. The "Discover" option will pull up a stream of content related to the selected term. So, if On Tap sees "Samsung" on your screen, you can have it show a scrollable list of Samsung-related items. This will include news, videos, and more.

Finally (and most interestingly) is the addition of barcode and QR code scanning to Now on Tap. Just open your camera and point it at a code, then trigger On Tap. This is something we've been waiting for ever since Google added real time camera OCR and object recognition to On Tap. You can get the decoded output of QR codes in an On Tap card, and barcodes pull up shopping links, reviews, and so on.

All three new features appear to be working right now. So, go have fun using Google Now on Tap for once.