Vysor can also be installed via ADB, using the aforementioned Chrome app. The Android app on its own does nothing; it will simply prompt you to get the app from the Chrome Web Store. However, once this is done, using Vysor is a piece of cake: connect the phone/tablet to the computer, enable USB debugging in Developer Options, then select 'Find Devices' on the Vysor Chrome app. If your device is identified, it will show up in the resulting dialogue. A pop up on your phone will ask you to 'Allow USB debugging;' (this will happen even if you've turned USB debugging on in Developer options) tap 'OK' and you're done - a window on your computer should be showing your phone screen. It's simpler than it sounds, trust me.

Vysor also has a Pro level available for $1.99 a month or $9.99 a year, which enables features such as high-quality mirroring, wireless and fullscreen modes, and drag and drop support for files. Vysor is available on the Play Store now, with the Chrome app on the Chrome Web Store. 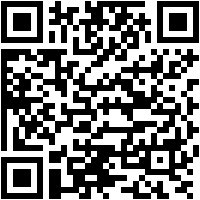