LEGO has gained a well-earned reputation for releasing solid mobile games that eschew the usual advertising and in-app purchases, making them great choices for kids. (Okay, technically every LEGO game is an advertisement for those super-expensive toys, but there are worse ways to advertise to children.) LEGO City My City 2 - that's My City 2, using the long-running My City toy line brand, if you're wondering - is one of the company's most elaborate mobile games to date.

The first version of My City was basically a collection of mini-games, but the sequel brings a more cohesive package. The My City overworld tasks players with building new parts of the titular City, then diving into vehicle sections that use the city they just built as a playable map. Naturally players have to build the vehicles as well, and collecting studs and bricks as they go through the public service missions (police cars, fire trucks, coast guard boats, et cetera) will unlock even more of the city and missions.

Vehicles and buildings are based on real LEGO sets, and can even be customized with unlocked components. LEGO City My City 2 is a free download with no in-app purchases, though its 3D graphics may require an Android phone or tablet with a decent GPU to run at full speed. 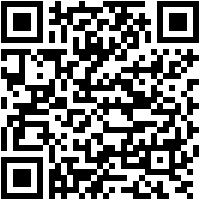 Weekend poll: what do you think of the Android 'Nougat' codename?