Most of our readership is more likely to sit down and watch the latest episode of Game of Thrones instead of whatever season Spongebob they're up to these days, but we are aware that some of you have children. (There are even a few running around the disparate home offices of Android Police, if you can believe it.) And those tiny customers are the ones served by the latest major media player to hit Android TV, Nickelodeon.

The Nickelodeon Android TV app, or "Nick" as it's labelled on the Play Store, is pretty similar to all the other network-specific apps that are available in the US at the moment. It's more or less the same thing as the Nick Android app for phones and tablets, minus the games (since there's no touch interface) and with a TV UI slapped on top of it. Kids get access to a collection of currently-running shows and clips, and the app integrates with Android TV's universal search - something that a lot of providers still haven't done.

Of course since Nickelodeon is a premium channel, you'll need to log in with a cable or satellite subscription in order to access full episodes. There's no option for a paid non-TV subscription. 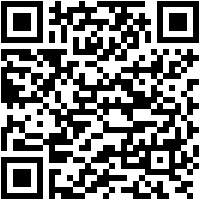