It doesn't take much to confirm a feature that's already been announced. We can keep this one quick since it's just two lines of text and an image. The two new lines describe a button with the words "Go live" scrawled across the front of it.

The image, named ic_broadcast, will be combined with the text above to produce a button that looks like this:

Much like the YouTube Gaming app, which already supports live-streaming, tapping on the button will launch into a short procedure to prepare the broadcast.

The real question, of course, is whether or not this stuff actually means the livestream feature is going to launch with this version. At the moment, I suspect it's not going to. To begin with, there aren't any obvious banners or text to promote mobile livestreams–and let's be honest, if YouTube is doing this to launch a feature to compete with an already established service, there's no chance this is going to happen quietly.

I would also expect to see various strings and images for setting up a stream. These were very prominent and obvious elements in the YouTube Gaming teardown, and while they might not have to be as elaborate, there will have to be at least a few instructions, button labels, and a banner image or two. Of course, many of the apps in the Google family are known for loading resources and code separate from the apk, so it's still possible to add the important pieces and launch with this version... It's just unlikely. Even so, that doesn't mean another update can't roll out at any time. It's not hard to imagine YouTube is very eager to get this going.

I haven't seen any new features specific to this update, so it's likely to be more for bug fixes and the like; but a number of odd little changes have been showing up between devices as a part of some A/B tests. For example, a couple of my phones now show a new YouTube Red line on my account page that leads to an explanation of the benefits for subscribers. On devices with this change, the line in the Settings screen called "YouTube Red" is renamed to "My YouTube Red" and leads to the same screen. 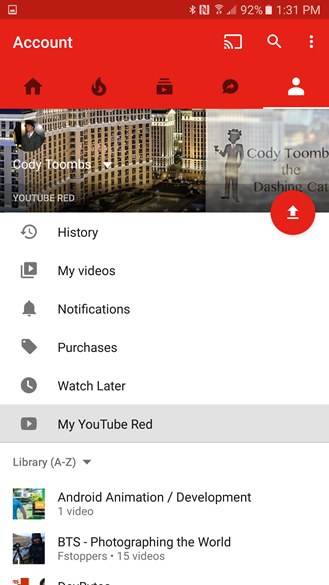 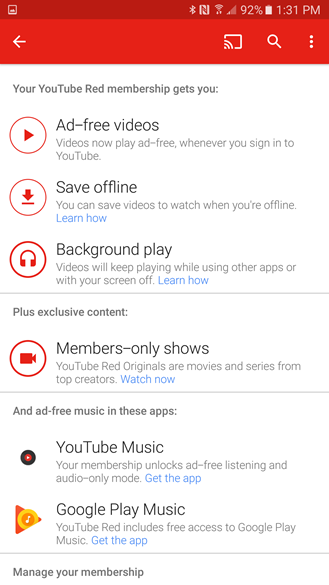 Another interface change that I've seen in teardowns and a few people have mentioned in tips for a while is starting to roll out to more devices. It switches the upload button on the account page into a camera and it leads to a darker upload screen including a shortcut to begin a video recording. Note, this recording launches a separate camera app, thus it's not part of the live streaming feature discussed above. 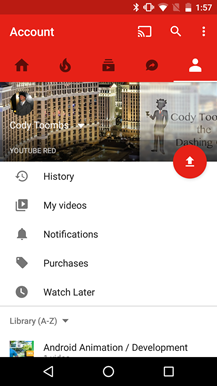 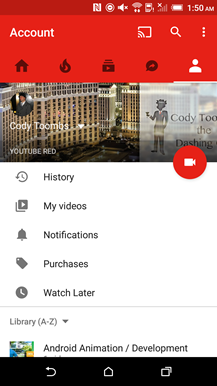 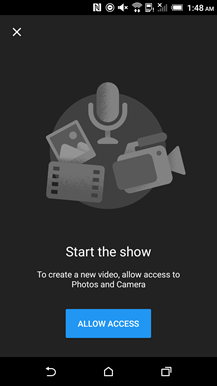 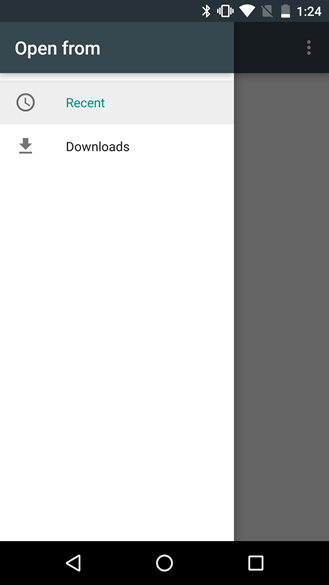 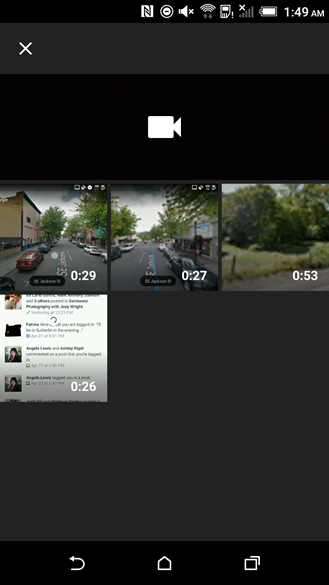 As usual, we've got a link to the download below!