If you're the type of person that has to flash developer previews and sign up for every beta program available, being the first to try new apps is probably also pretty high on your list of things to do. Google has you covered. Announced last month during I/O, the Play Store is launching an "Early Access" program to give people like us a place to find apps that are mostly operational, but not quite ready for prime time. A few people found that they had early access to Early Access a few days ago, but now it looks like everybody is welcome to the club. 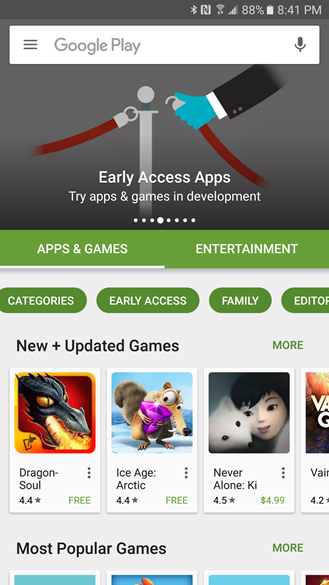 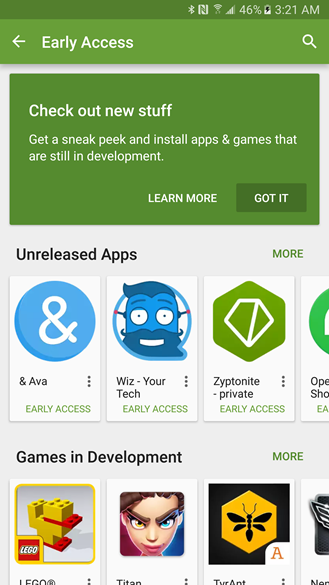 To find your way into the list of early access apps, open the Play Store and open the "Apps & Games" page–that's generally where you'll land on a cold start, or just use the navigation drawer. Look either in the carousel for the banner shown above, or drag the list of categories (the green bubbles) until "early access" is visible. Tap on either one and you're in. 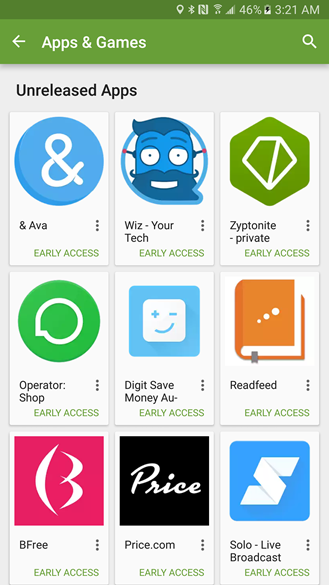 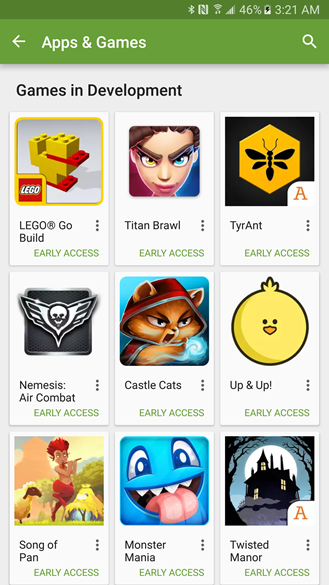 There are currently two lists: unreleased apps and games in development, and both of them are relatively short at ten and nine apps, respectively. This number will likely vary by country and availability. The Early Access program isn't for just any app. Developers with open betas are hand-picked to appear in the list. The apps are effectively done and working, but aren't fully tested and ready for release to the general public. It's basically just like signing up to be a beta tester, but with even fewer steps. In fact, they also show up in the list of Beta apps.

All of these apps have the words "early access" at the bottom of their individual cards. Otherwise, they look normal in lists and search results. On the individual detail pages, the only really visible indicators are the green bars below the buy / install button and the word "Unreleased" in parenthesis at the end of the title. 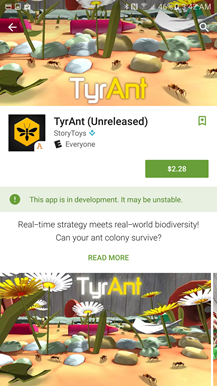 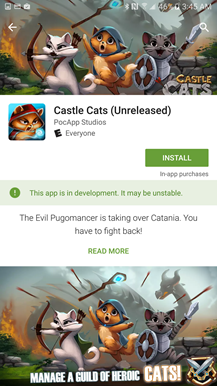 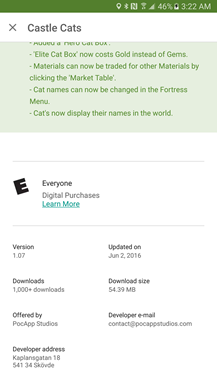 Most of the early access apps and games are free, but a couple of paid games are in the list. Be aware that the price tags for paid apps aren't shown on the little cards in the list pages, only the words "early access." Instead, the price only appears on the detail pages.

There's also a strange behavior for in-app purchases (IAP): the price range is not listed in the app description like it normally is for released apps. The detail pages still show a marker when an app offers IAPs, but there's no field for prices at the bottom of the Read More section. It's not clear if this is an intentional decision for early access apps or just an oversight, but many people use these prices to determine if an app works like a free demo with a one-time upgrade fee or if it will attempt to siphon money through an endless series of costly consumables. 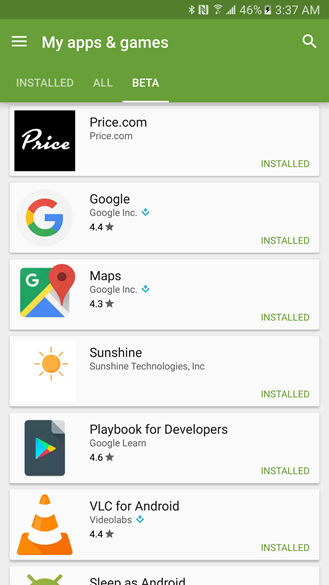 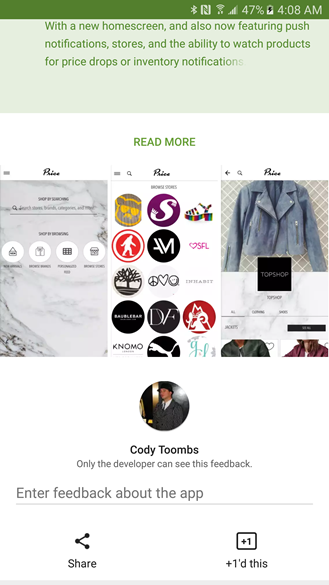 Again, early access apps are basically beta apps. They actually appear in the list of installed beta apps and most of the same rules apply. For example, it's not possible to leave ratings or reviews for these apps. However, there is a field where users can provide feedback that can only be seen by the developers. Like any open beta, developers can set limits on the number of users permitted to join the program.

The early access lists seem to be showing up for just about everybody. It doesn't seem to matter which version is running and there's no sign of geo-restrictions, at least everybody available on the AP team has seen it. However, a couple of my phones didn't get it for quite a few hours. If it hasn't shown up for you yet, you can try the latest Play Store update, or you may have to wait just a little bit longer for Google to activate it on your account. Now go forth and try some new apps!

[Alexa, buy me a cheap Echo] Refurbished Amazon Echo on Woot for $135 with $5 shipping