About a week ago, we started getting tips of HTC asking its HTC Preview program members to enroll in a new project to test called "GOOGLE_PLAY_SENSE_GP" with two requirements: you have to have a non-HTC Android phone and it has to be running Android 4.4 and above. You could have surmised from the title and requisites that HTC was working on a new Sense launcher for non-HTC phones. And you would have been right.

HTC Sense Home 8 Beta has just started getting into the hands of HTC Preview members and it's a home screen replacement app with optional Blinkfeed panel, app drawer support, app search, widget drag-and-drop, and... that's all we can see from the two screenshots we have received. 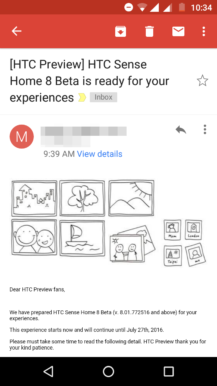 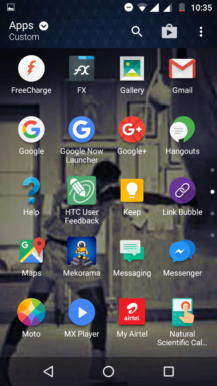 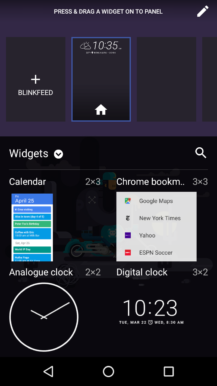 It's not clear to us what other features this Sense Home 8 launcher has, but I'd dare say it probably replicates the Sense home launcher on non-HTC devices. Whenever HTC finishes testing and releases this on the Play Store, it could give more users access to Blinkfeed — however (un)desirable that is — and a taste of the HTC experience even if they don't own a phone from the company.