Those of us who live in countries where multiple languages are spoken have to always walk the thin line between them, choose which one is the default on their phone, find a keyboard that handles several languages well, and continuously pick their preferred language in Google search results.

If you live in India, you're probably used to the torture that is having to find search results in English or Hindi, depending on the situation you're in. But your life is about to get just a lil' bit easier with this new feature. Google is rolling out a tab to switch between English and Hindi search results with a simple click. It works on most mobile browsers on Android and iOS, except UCBrowser and Opera Mini — I'm not sure why. And it shows for all kinds of queries, including medical and health related information. 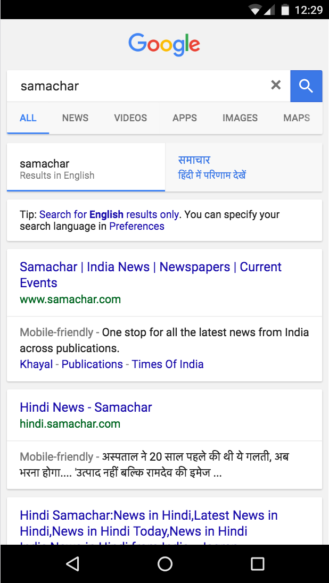 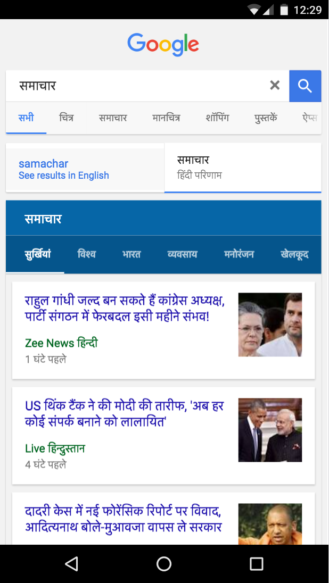 The switch tab is starting to roll out now to Indian states "with significant Hindi-speaking populations," which according to Google are: Bihar, Chattisgarh, Haryana, Himachal Pradesh, Jharkhand, Madhya Pradesh, Rajasthan, Uttarakhand, Delhi, and West Bengal. I can only hope that this spreads to more countries and languages around the world.