A fresh beta update just started rolling out for the Google app, popping the version number up to 6.1. There aren't many immediately obvious changes with this release, but it does contain a switch that will allow users to turn off trending searches in their area. But if you're looking for some potentially exciting new things, a teardown reveals the first physical pieces of the recently announced Google Assistant. There are also a couple bits related to deep search for apps and background retry for failed searches.

Turn off trending searches in your area 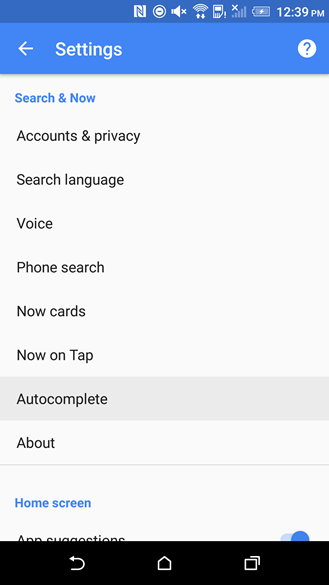 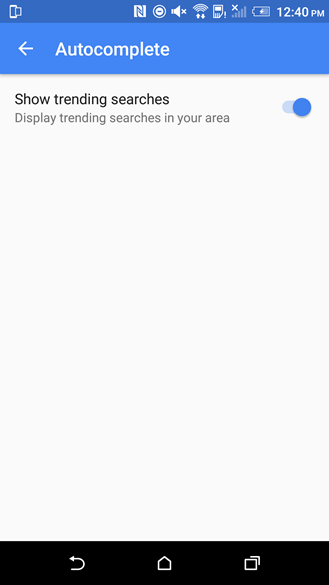 Google Now can be pretty awesome at picking out information that's useful to us, but that doesn't mean it doesn't overdo it from time to time. For some people, things like stock reports and popular topical news articles based on previous searches aren't all that interesting. Most of these can be disabled in Settings, but there have been a few new features that didn't come with that option out of the box. However, the latest version adds the ability to manage another one of those sources, allowing users to enable or disable trending searches in their area.

The switch has been added to a new group in the Settings screen, oddly titled "Autocomplete." The only setting currently in that group is for local trending searches, but this grouping will surely grow quite a bit as time goes on.

As always, there are probably some other hidden gems buried throughout the app, so keep an eye out for other changes.

The Google I/O keynote was an absolute flood of new products, features, and odd announcements. One of the more interesting segments covered a new thing called Google Assistant. Details weren't exactly plentiful, but we know Assistant is conversational, where Google's previous voice-based interactions have been a bit more command-oriented. There were also references to integration with a number of products, including the forthcoming Google Home appliance that competes directly with the Amazon Alexa/Echo and a new messenger app called Allo (which might slay Hangouts, or something?). But now we have a little bit more to go on. New strings in the latest Google app reveal just enough about Assistant to make a few fresh guesses.

Most of the text here tells us things we already knew or probably could have guessed, like the opening pitch that reads: "Ask it things, tell it to do things. The more you use it, the more useful it becomes. Everything stays private to you. It's like having your own individual Google." Basically, this says Google Assistant is designed to learn from your requests and adapt to the way you might try to use it. Another line cements the point that access to your schedules and habits will allow it to act a little more like a real personal assistant: "Your assistant knows you by your Google Account and can help you with your calendar, commute, and more."

This batch isn't exactly revealing anything major, but it does make it clear Google Assistant will be part of the Google app. The wording does seem to avoid mentioning the Google app by name until the very last line, which might suggest Google wants to remain as friendly and non-technical as possible.

While it's not directly suggested by this text, the message about assistant being ready soon (after the update is finished) left me wondering if the UI for Assistant would exist in an apk separate from the core functionality. It's just speculation, but it's not altogether unlikely, especially when there are things like the Google Now Launcher app that serves to do little more than unlock the launcher that's already in the Google app.

The final strings are basically filler, but they do show Google Assistant requires an Internet connection.

Finally, there are a few images, but they're mostly familiar. Below is the logo, a message icon, and a chat bubble for the conversational aspect of Assistant. Note: a gray background has been added to the chat bubble to make it visible on a white page. The lines next to the chat bubble show it's a 9-patch image, thus it's meant to change shape to fit a message of various dimensions. 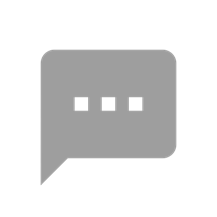 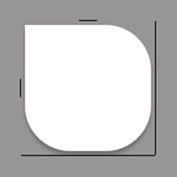 Another interesting topic from I/O was the discussion of deeper integration between Search and 3rd-party apps. Basically, this is the natural progression from Deep Linking from external sources to the ability for apps to open up data to Google Search so even more information can be surfaced, making the apps and Search more useful together. This isn't exactly a new project for Google, but it moves a little further along every year. Now some new strings and an image show just a little bit of the interface that goes along with deep search in apps. 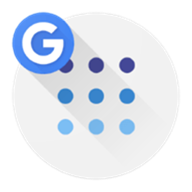 The strings aren't even really very interesting, but the icon is a little more telling. To begin with, it's clearly a colorized version of the traditional app drawer icon, but with Google's 'G' placed above it like a badge. I won't over-analyze the significance of the long shadow of the G over the dots representing other apps, but I'm sure others will... It's also worth noting this icon is named ic_launcher_google_in_apps, and it is located in a place with other launcher icons. It seems unlikely that this will actually act as another app, per se, but it may be used in places like search results or in the search bar.

The new toggle to disable local trending searches wasn't technically the only change to the Settings screen, but the other change isn't visible yet. It turns out there was another option placed in the list and left disabled for now. It's called "Always retry failed searches," and the purpose is fairly obvious–when a search fails due to connection issues, it can automatically retry later when a reliable link to Google can be made.

Again, this will appear as a new group, just like the Autocomplete group mentioned above. The title of the group will be "Offline" and the first inhabitant will be this toggle to always retry failed searches. If this sounds familiar, it's because you may have read a little about it in a post we put up just a few hours ago. Given what the feature does and that it's already enabled, it's probably a safe bet that the setting will allow users to turn off this feature, rather than have to opt into it. The setting might only appear for a few users, presumably those already seeing the notification, but it may come later as testing continues.