Google has officially N-ounced that Android N is no longer Android N: it's Android Nougat! Nougat was a medium-strength contender for the name of the upcoming OS, and while we still don't have a version number, everyone knows it's the dessert part that's more exciting anyway.

Here's a picture of the statue, which, frankly, seems like a pretty big pile of nougaty disappointment. It's just a bugdroid... standing on some nougat. Google really seems to be downplaying the importance of the nicknames lately, with this easily being the least prominently dessert-y Android statue I've ever seen 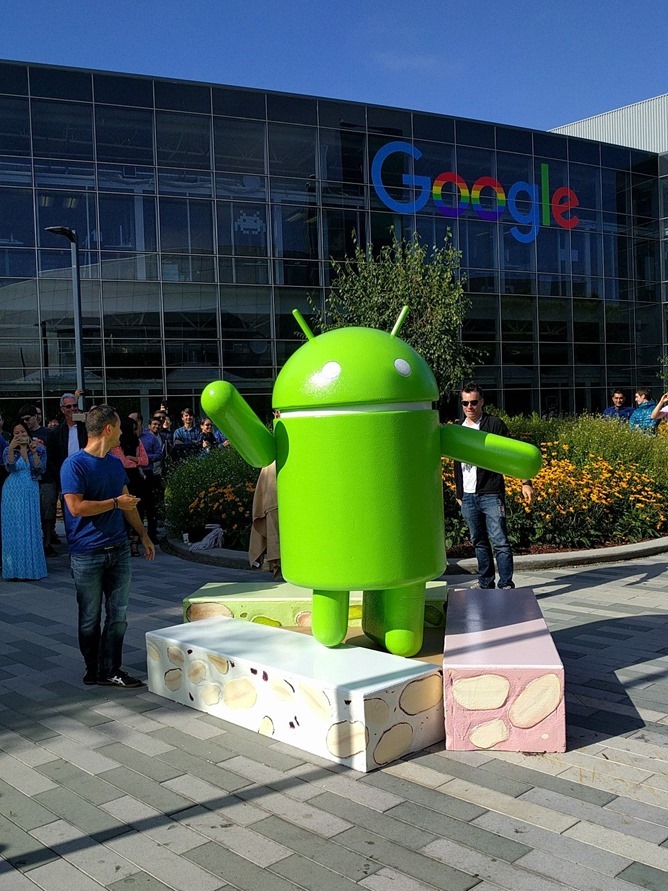 Google, stop playing with my heart with these bad Android statues