About a month ago, some Twitter users started spotting a night mode in their Twitter app that transformed the entire interface into a dark blue shade. The change was triggered server-side, meaning it showed up inconsistently across different Twitter beta and alpha versions, but it didn't seem like there was a way to revert it back to a light theme on request.

Now, more users are reporting this dark theme, except Twitter seems to have introduced a specific toggle in the app's drawer for Night mode. When it's on, the app's interface will switch completely to that dark shade of blue and when it's off, you're back to Twitter's famous white look. 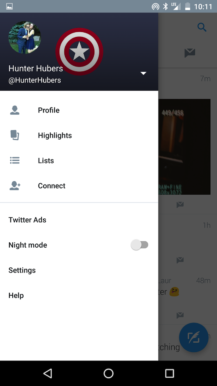 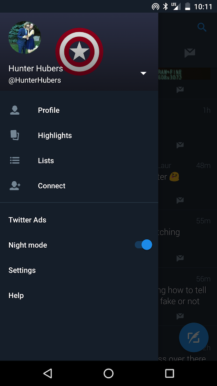 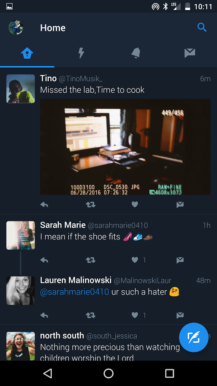 The toggle, just like the night mode itself, appears to be another server-side change. We've gotten a couple of reports of it, but none of the Android Police members have it, despite running the same Twitter beta or alpha versions as our tipsters. Your mileage may vary.

[Deal Alert] eBay has an unlocked Galaxy S7 Edge Duos for just $590, the lowest price yet