Last week, the Play Store rolled up some beta testing features in its version 6.7 update, but they quickly disappeared as Google reverted them back in a server-side change. The company later announced these features at I/O as part of a series of improvements to Google Play that also include lots of developer console changes.

Now it seems that the beta testing options have started showing up again for users on version 6.7.12 of the Play Store. To be clear, neither Artem nor Cody nor I am seeing it on our devices, even after clearing the Play Store's data. So it looks to be a staggered server switch with very few devices let in on the action. The screenshots here were provided by other users who are seeing a new Beta tab under the My apps & games section of the Play Store. This is where all the apps which betas they have enrolled in show up. 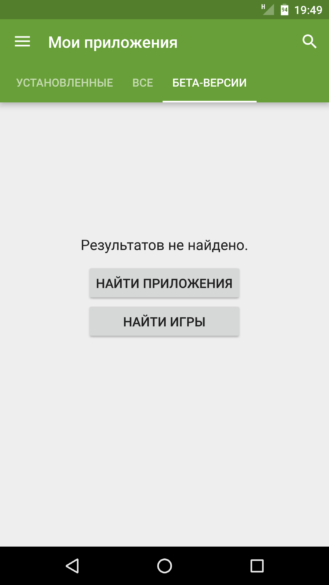 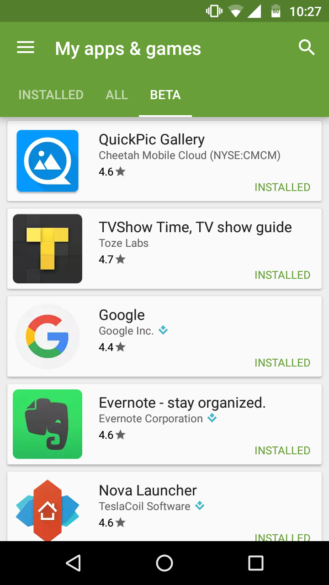 Once you tap on one of these, you'll see the notice that you're a beta tester above the description and you'll be able to leave it immediately. Joining open betas is also now done through the Play Store instead of requiring you to go to a specific URL to become a tester.

If you're still waiting on version 6.7.12 of the Play Store to roll to your device, you can speed up the process by grabbing the app manually from APK Mirror. Once you do, let us know if you see this new tab in your Play Store app, and also if you have any of the other new beta-related features like sending private feedback to developers and the Google Play Early Access section for unreleased apps.

Update by Artem: Ever since we posted this article on May 23, the Beta tab has been slowly rolling out to more and more people, and we continue getting tips about it daily. I'm bumping this post today because:

Android Pay just added 115 new banks (and no, not Capital One)