BLU has long been known for making low-cost Android phones, but this is getting ridiculous. The company has made the R1 HD official with a $100 base price tag. However, this phone is included in Amazon's new unlocked phone deal, so you can get an R1 HD for as low as $50 with Amazon ads. Without ads it's $100.

What sort of hardware can you get for a Benjamin (or less)? It's not going to blow you away, but the R1 HD seems capable. 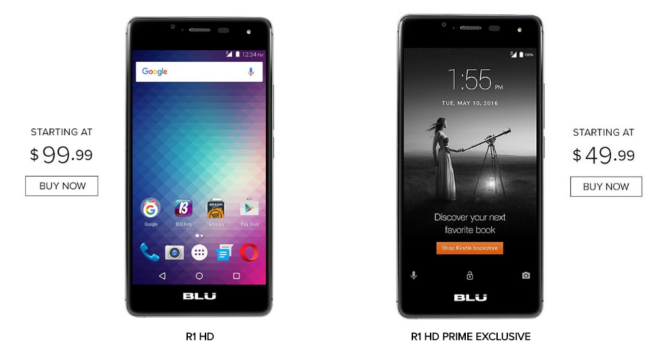 If BLU can live up to its promise to get band 12 LTE added to the R1 HD, that would make it one of the cheapest phones to have full support for T-Mobile's network. The base model has only 8GB of storage and 1GB of RAM, which is really not enough. It's just $10 more for the 16GB/2GB variant. You'd be crazy not to do that.

AnDevCon, the best place for Android developers to sharpen their skills, is coming up this ...