I recall with fondness the endless speculative arguments I heard around the elementary school lunch table in the 90s: who would win in a fight between Batman and Wolverine? Goku and Superman? Bill Clinton and Emilio Estevez? (There was always that one weird kid.) Imagine the same arguments happening in a university zoology department, and you might just find the inspiration for Animelee, an old-fashioned one-on-one fighter recently published in the Play Store. It's all about animals beating the crap out of each other. Check out the eye-popping trailer below:

These aren't "animals" in the sense of games like Primal Rage or Sonic the Hedgehog. Nope, the Unity-modelled fighters look more or less like their real-world counterparts in Animelee. Granted, you're not likely to see a giraffe roundhouse kick a dolphin on the ocean floor, or see an eagle uppercut a kangaroo in the Outback. And some of the super moves get downright insane, as is customary for a 2D fighter. The juxtaposition of entirely ordinary creatures with the excess of fighting games (including stages on top of a plane and on a whale's back) is undeniably amusing. The roster has twelve animal fighters so far, including a bear, a cow, a seagull, and a crocodile. Players can vote on future additions to the game.

The actual battles are pretty janky - compared to more seasoned fighters they're slow and poorly-spaced, and some of the unlockable add-ons can mess with the balance. But since this game is riding on its WTF factor a la Goat Simulator, it's hard to knock it too much for the actual gameplay - especially when it has Wi-Fi multiplayer out of the box. Animelee is free with no in-app purchases at the time of writing, though players can get in-game currency by watching ads. 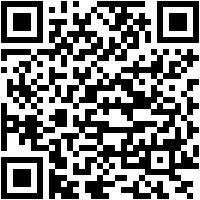 Google launches new My Activity site, reaffirms Google knows basically everything about you